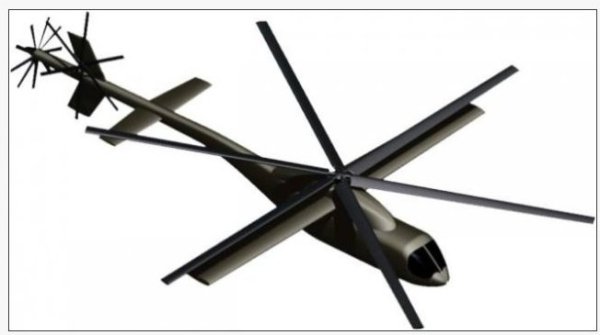 The featured image above is a computer-generated imagery of one of several configurations that the US Army is looking at as part of the initial development work on its next-generation helicopters. (US Army imagery)

The Army-led Joint Multi-Role, or JMR program is a broadly-scoped Pentagon effort, including input, officials and working group members from the Office of the Secretary of Defense, other military services, Coast Guard, Special Operations Command and NASA, among others.

“Our overall philosophy from a program perspective is to leverage what we are learning from the user communities and establish what technologies will provide the desired new capability. Right now the Future Vertical Lift community is working on developing the capabilities document,” said Ned Chase, chief, Platform Technology Division, Aviation Applied Technology Directorate, and science and technology lead for the JMR Technology Demonstrator Program.

Building a helicopter able to sustain speeds in excess of 170 knots, achieve an overall combat range greater than 800 kilometers (combat radius of 424 kilometers) and hover with a full combat load under high/hot conditions (altitudes of 6,000 feet and 95 degrees F) are among the many capabilities sought after for the JMR. Plans for the next-generation aircraft also include having a degree of autonomous flight capability or being “optionally manned,” successful weapons integration and compatibility, a core common architecture in terms of next-generation electronics, sensors and on-board avionics, manned-unmanned teaming ability and shipboard compatibility.

“We’re trying to create a vision,” Chase said, referring to the effort to harness technological innovation with a mind to looking beyond current force technology and identifying possible next-generation solutions in a range of areas such as propulsion, airframe materials, rotor systems, engine technology, survivability equipment and Mission Systems, among others.

The JMR program, which seeks to begin designing several “demonstrator” aircraft by 2013 and conduct a first flight in 2017 as a series of first steps toward developing a next-generation fleet of helicopters, is a subset of the Pentagon’s Joint Future Vertical Lift effort squarely aimed at exploring emerging technologies and best identifying the realm of the possible with respect to future aircraft and helicopter capabilities. The DOD plans to begin fielding a new fleet of next-generation helicopters by 2030.

“The JMR Program is a key part of our strategy to modernize vertical-lift capability long term. With current budget pressures, it is critical that a strong industry-government-academia team be fleshing out the technology enablers in integrated relevant contexts to establish a solid case for both the operational and fiscal benefits of these advanced aircraft”, said Army Chief Scientist Dr. Scott Fish.

“This team will be leveraging not only lessons learned from recent conflicts, but a broad spectrum of Army and DOD basic and applied research investments made in areas which include: engine and driveline efficiency and cost reduction, advanced materials including polymeric and metal matrix composites, sensor/weapon/other payload integration cost reduction, and very high-performance aerodynamic and reliability modeling and simulation. These investments position us well for risk and cost reduction in our vertical-lift endeavors”, Fish said.

The over-arching JFVL efforts span a range of four classes of future aircraft, ranging from light helicopters to medium and heavy-lift variants and an ultra-class category designed to build a new fleet of super-heavy-lift aircraft. The ultra-class aircraft will be designed to lift, transport and maneuver large vehicles around the battlefield such as Strykers and Mine Resistant Ambush Protected vehicles known as MRAPs. The ultra-class variant, described as a C-130 type of transport aircraft, is part of an Air Force led, Army-Air Force collaborative S&T effort called Joint Future Theater Lift, or JFTL.

The JMR Technology Demonstrator effort is broken down into two distinct, measurable phases; phase one includes an 18-month Configuration and Trades Analysis, or CT&A, designed to explore technological possibilities for a new platform or Air Vehicle. Phase one also includes the design, fabrication and test of several demonstrator aircraft, Chase explained.

Phase two will be focused on trade studies and the development of mission systems. The idea is to build several “Technology Demonstrator” helicopters as a method of refining and informing the requirements for the new aircraft, requirements which will likely evolve and change as technologies mature and emerge over time, officials said.

The JFVL effort, which includes both the JMR acquisition program as well as the JMR Technology Demonstrator effort, is designed to incorporate findings from a series of OSD-led studies and analyses on Future Vertical Lift directed by the secretary of Defense in 2009, including a Rotorcraft Survivability Study, a capabilities-based assessment, an S&T plan and a strategic plan.

“The real focus of JMR is to get at the three major tenets: improve the performance, improve the survivability and significantly reduce the operating cost. The next-generation aircraft will have to be a whole lot less expensive to operate than the current fleet”, Weller added. “Also, a big issue is increasing reliability and shortening the supply chain to get the logistical benefits of commonality of parts. When we did an adjunct capability-based assessment done to identify gaps – we came up with some 55 gap areas. The number one gap was reliability.”

While the JMR program includes the exploration of light, medium and heavy-lift helicopter variants, the effort will initially focus on medium-lift options.

The Army’ s Aviation Applied Technology Directorate, or AATD, at Fort Eustis, Va., which leads the execution of the tech-demo effort on behalf of AMRDEC, awarded 18-month Technology Investment Agreements to Boeing, a Bell-Boeing team, Sikorsky and a 15-month contract to the AVX Corporation. The first phase of the process will be for the government and its industry partners to conduct analytical studies and trade assessments designed to articulate the scope of what might be technically possible. These initial findings will help inform the specifications to describe the rotorcraft demonstrator vehicles which will then be built.

“Right now the plan is to go through the first phase to define what the state of the possible would be, followed by a down-select to build two demonstrators. The idea is to identify, develop and demonstrate the best trade solution that covers the attribute matrix. The government is doing the same kind of analysis that industry is doing, so we plan to compare our results”, Weller explained.

“Initial results from these efforts are due by the end of next year”, Weller said.

“We’re doing these trade studies to figure out the best way to optimize aircraft. We are working very closely with our user committees who have identified the types of capabilities they would like these future aircraft to have”, Chase added.

Building a new aircraft from the ground up is part of an overall strategic effort to harness the best new technologies, allow for the platform to be upgraded as new technologies emerge, integrate systems into a common architecture and, perhaps most of all, drive down costs.

Affordability is the utmost priority with the JMR effort, Chase and Weller emphasized. “It is envisioned that some of these novel ideas may not only drive down the acquisition cost, but also allow much easier and cheaper incorporation of upgrades to the aircraft and its systems”, the JMR RFI documents state.

With these Configuration Trades and Analysis studies, Army S&T has taken the lead in exploring the operational benefit and technical feasibility of advanced vertical lift air vehicles, working in concert with the Army’s acquisition and requirements communities, said Mac Dinning, AMRDEC aviation liaison for the Office of the Assistant Secretary of the Army (Acquisition, Logistics and Technology).

“While this program is currently wholly funded by the Army, other services are actively participating to define and develop a Joint Service Air Vehicle system that might replace the existing Black Hawk/Seahawk and Apache medium fleet aircraft”, Dinning said.

“The goal of the JMR S&T program is to leverage the S&T needed to successfully influence the development of a program of record”, Weller explained. The program plans to have an approved initial capabilities document by April 2013.

For example, one of several existing “compound helicopter” technologies under examination is the potential use of a coaxial rotor system. With this technology, the idea is to place auxiliary propulsion technologies or “thrusting” devices at the back end of the aircraft to provide extra speed, Weller explained.

Another example of these so-called configurations is to build a helicopter which uses two turbo-shaft engines and two small fixed wings on each side of the aircraft fitted with a pusher-propeller for extra propulsion.

Also under examination is the potential use of tilt-rotor aircraft technology such as that currently used for the V-22 Osprey; with this design, the aircraft can reach high speeds in airplane mode and then maintain its ability to hover successfully in helicopter mode.

“When you develop capability like these, however, you give up some hover ability. A main focus of the research is to look at ways of increasing speed without sacrificing the ability to hover” Weller said. “Part of the Science and Technology program is to look at different configurations.”

One of the options being taken up through this effort is the exploration of multi-speed transmission capability, a unique configuration designed to increase speed while avoiding the aerodynamic phenomenon of transonic shock, Dinning explained.

“All of the helicopters we develop now are built with a single-speed transmission. We are looking at how we can leverage technology and put in a multi-speed capability”, he said.

“In addition, the new Air Vehicle may contain composite materials and or items now in development”, Chase explained.

“We are exploring how to get the most efficiency out of the new structure that we can. One way to do that may be by using composite materials”, he added.

Increasing Air Vehicle speed can shorten the response time for these extended missions or combat radius, a critical necessity for saving lives through MEDEVAC operations, and getting supplies such as food, water and ammo to forward-positioned forces, Dinning explained.

“Current helicopter systems are designed to operate for about two hours without refueling. Typical cruise speeds of 140 knots limit the range that these aircraft can operate in”, Dinning said.

Short of off-loading payload (troops, weapons, cargo) to add extra fuel bladders, extended-range operations must rely on Forward Arming and Refueling Points, or FARPs, where fuel and armaments are pre-positioned. “The Army recognizes the need to reduce the manned footprint of these forward operation positions”, Dinning said.

Non-linear, asymmetric or counterinsurgency-type environments, such as the current conflicts in Iraq and Afghanistan, underscore the need to reduce the risks associated with having deployed units travel to potentially hostile pre-positioned locations to set up FARPs, he said.

Phase 1 will be followed by a Phase 2 extensive Mission Systems and Aircraft Survivability Equipment, or ASE S&T developmental effort.