Batmobile-Like Nissan DeltaWing is The Future of Racing

Here’s a glimpse at the future of racing. It’s called the Nissan DeltaWing and it’s part road racer, part salt-flat runner, and looks like a modern interpretation of the Keaton-era Batmobile. Not only is it lighter and more aerodynamic than the rest of the endurance racing field, it uses half the fuel, which not only makes it more environmentally friendly, but more competitive. And against all odds, it’s coming to the only race that matters: the 24 Hours of LeMans.

The DeltaWing is a joint project between former Lola design chief Ben Bowlby and Chip Ganassi Racing, and pitched as the future of IndyCar. IndyCar passed on the design, calling the DeltaWing too radical, and instead falling back on the latest interpretation of the Dallara chassis the series has been using for years.

Bowlby and crew, along with American racing legend Dan Gurney and forward-thinker Don Panoz, shrugged off the rejection, scored a few important partnerships (namely Michelin) and set their sights even higher. Now Nissan has joined the team, appending its name to the project and – more importantly – supplying the engine.

To reduce drag and optimize weight bias, the engine is mounted behind the driver and power is sent to the rear wheels. More intriguingly, with both the engine and driver mounted far back in the carbon fiber chassis, the ultra-thin front tires don’t have to move much to elicit a change in direction. If you’re thinking those miserly front meats can’t be stable at speed, check the video below of the DeltaWing testing at Buttonwillow Raceway in Southern California.

Compared to the LeMans leaders in the LMP1 class, including the recently revealed 510-hp Audi R18 Ultra, the DeltaWing is down on both power and traction, but that’s not the name of the game when it comes to endurance racing.

The DeltaWing weighs in at a svelte 1,300 pounds with a full tank of fuel and driver on board – about half what a comparable LMP1 car weighs. Couple that low tonnage with its slippery shape, good for a claimed 50 percent reduction in aerodynamic drag, and suddenly the DeltaWing is competitive.

Just as important as its aero advantage and reduced weight is the boost in fuel economy, which Nissan estimates will be about double that of an LMP1 car. Over the course of a 24-hour race, that means fewer pitstops to refuel and – with its lightened load – a reduced need for tire changes and brake swaps. That equates to more laps over less time, and that’s what wins LeMans.

Except, it can’t win.

The DeltaWing is running in a class of one, taking the “Garage 56” spot at LeMans and wearing a “0” on its sides, both of which indicate that it’s a noncompetitive, exhibition racer; a rolling proof of concept that gets to play with the big boys and put on a show for the ACO, the organizing body of the race.

But that doesn’t mean the DeltaWing’s participation isn’t relevant.

“As motor racing rulebooks have become tighter over time, racing cars look more and more similar and the technology used has had less and less relevance to road car development,” says Executive VP at Nissan Andy Palmer. “Nissan DeltaWing aims to change that.” And change that they will, beginning with its first public exhibition at Sebring International Raceway this Thursday and followed by taking the exclusive 56th slot at the 24 Hours of LeMans this June. 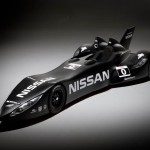 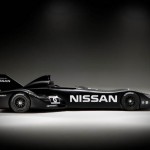 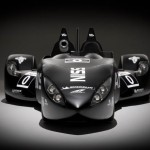 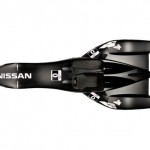 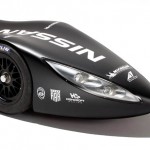 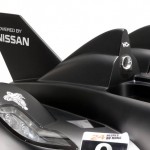 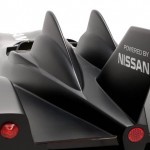 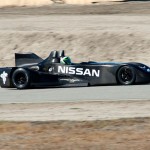 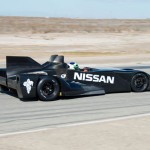 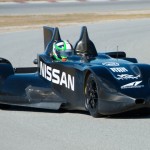 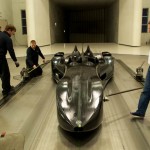 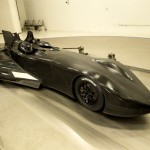 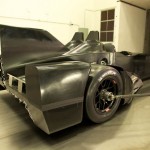 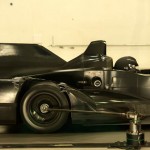 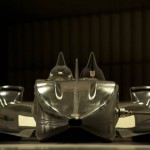 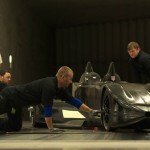 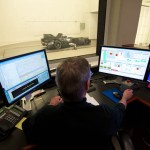 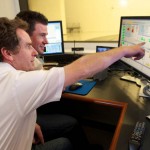 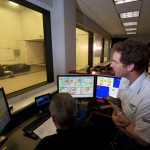 PrevPreviousChicago Pro/Engineer User Afterburn at Design-Engine
NextRoominate, A Dollhouse Designed To Get Girls Excited About TechNext