Three Emerging Technologies on The Verge of Mass Adoption

Often many ideas deemed breakthrough technologies are merely refinements or improvements over existing products or ways of doing things as opposed to something truly revolutionary or novel. In this sense the three presented technologies of this article, which are only now making there way on shelves or showrooms for today’s consumer, may well represent this fact perfectly. All three have existed in some form for a number of years (in the case of electric cars since the early 1900’s) but have only now emerged in a refined or improved form that will inevitably change the marketplace by challenging the existing standard default technologies that are accepted often without much thought.

OLED is a moniker for organic light-omitting diodes. When an electrical current is applied to a thin film between two conductors light is emitted. This particular technology has had its false starts over the past few years and had made its appearance on a more modest scale back in 2007 in the form of a Sony 11 inch TV for just under $2,500. A combination of factors inclusive of the faltering economy prevented Sony’s first steps with the new technology making further inroads to larger screens and a further line of products. This year however OLED technology has re-emerged making a large splash at the 2012 Consumer Electronics Show (LG won best of show for its 55 inch OLED TV) with the promise of being manufactured and available this year (LG has announced just weeks ago its intention to make its product available in Europe by late May). This will trump Samsung who plans to have their own 55 inch OLED TV ready by summer.

Both companies are expected to offer their product for about $8,000, so the traditional trend of offering a product to the high end demographic for early adopters is immediately in play here. OLED TV offers a better quality picture then any currently available technology, is lighter and thinner than existing flat screen TVs (the 55 inch demos at CES weighed about 16 pounds and were about 4 millimeters thick), and use less energy then currently dominant LED backlit LCD flat screens.

The key distinction of OLED screens is that the illumination comes from the OLED itself thus requiring no back lighting as is normal with the current crop of LED backlit LCD screens. In addition to improved resolution and clarity is a response time is said to be over 1,000 times faster then LED LCD. This would virtually eliminate blur even on fast moving images and will be much appreciated by gamers and cinephiles alike. The contrast is infinite and the viewing angle a full 180 degrees. In addition to better color resolution than any current TV technology, OLED can shut off pixels and so can achieve an absolute black. OLEDs are more efficient than even LED backlit LCD screens so the combination of superior performance with less energy consumption makes them an inherently superior technology that will likely make inroads relatively quickly.

Some key points that have laid the groundwork for this are a direct result of improvements in manufacturing that allow for lower production costs coupled with knowledge gleaned from the production of smaller OLED screens on handheld devices, digital cameras, and mobile phones over the past few years. It should be noted that Samsung and LG are both using somewhat different OLED technologies, Samsung having a somewhat more traditional Red, Green, and Blue sub-pixels while the LG uses exclusively white OLEDs which are overlaid with Red, Green, and Blue filters in addition to including a white sub-pixel.

As a direct result of both advances in manufacturing and the fact that there is less material cost in the creation of OLED screens by comparison to LCDs, we can expect the economies of scale and resulting price drops to come more dramatically over the next few years and we may well see pricing competitive with LED LCDs by 2015. We can expect both 55 inch OLED TV offerings by LG and Samsung to make a big splash this year with both Panasonic and Sony expected to follow suit by 2013. Although LED LCD TVs will be the dominant technology for years to come, we can expect an increasing market share initially at the higher end to gravitate to OLED.

One of the most notable late 1800’s inventions that has held on to the 21st century is the old fashioned incandescent light bulb. The key problem with old incandescent lighting is its sheer inefficiency which results in most of the energy being wasted in the form of heat as opposed to providing illumination.

The recent proliferation of CFLs, and their general improvement in light quality from where they were in the 90’s, has been a step in the right direction by providing the same amount of illumination for one quarter the amount of electricity expended. LED light bulbs go one step further in that their quality of light is generally acknowledged to be better, are dimmable, and will last significantly longer then CFL or incandescent lighting. In addition, they lack the trace amounts of Mercury CFLs contain making them more environmentally friendly. As a rule they tend to expend even less energy than current CFL bulbs and apparently will continue to become more efficient as high output LED light bulbs are further explored and brought to market.

Once again with numerous retail and industrial clients willing to pay the large upfront costs of early adoption, we can soon expect economies of scale to come into play, precipitous price drops, and the $10 or even $5 price points to be reached in the next 2 to 3 years.

Although the Nissan Leaf and Chevy Volt have been available since last year, this year (2012) may well be looked upon as year one for the electric car. Toyota, Ford, and Mitsubishi are entering the fray along with newer fledgling companies like Coda, Fisker Karma, and the luxury Model S by Tesla (our favorite). As has been often articulated, the key factor guiding the future of electric cars remains the cost and future development of the Lithium Ion battery. At present an electric car buyer faces having to pay an approximately 30% premium in price over a similarly sized and outfitted gas powered vehicle. This largely is the result of the Lithium Ion battery pack, which on average can cost between $12,000 to $15,000 (in effect, one third the cost of the car). The consensus of estimates regarding the steady price drop seems to point to a two thirds to three quarters price drop in Lithium Ion battery packs by the beginning of the next decade. When this happens we can expect pricing to fall in line with gas powered vehicles and in fact it has been pointed out that by the mid 2020’s electric vehicles may well be less in price by comparison to gas powered vehicles.

The infrastructure for charging is beginning to fall into place with level 2 and very recently level 3 direct current charging which can deliver a full charge in about a half an hour. This coupled with a steady and gradual improvement in Lithium Ion batteries (bigger cells and lighter casings are most immediately being explored) will result in steady incremental tweaking of the current technology which should result in gradual range of improvements over the next several years.

Even barring any great or notable breakthrough in battery technology, we will see a steady improvement in the existing technology along with a more fully actualized infrastructure of charging stations which will make electrics more viable in the years to come.

All three of these technologies are making their debut at relatively high price points for the higher end consumer. Like all new technologies, prices will steadily fall as competition and economies of scale fall into place simultaneous to improvements in the actual technologies themselves. The tendency is for research, development, and refinements to accelerate when numerous products are brought to market and all three of these technologies will benefit as a direct result of this. In this light we can easily see OLED TVs and LED light bulbs that will be more energy efficient then today’s versions priced at a fraction of today’s cost within a few years. All one needs to look at is the dramatic drop in LCD and Plasma screens / laptops over the past decade to get an idea as to where these emerging technologies will be a decade from now. Albeit we may well be a number of years away from any of these technologies capturing a double digit market share in their respective fields they will be visible, well represented, and will soon be a part of our everyday lives. 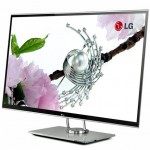 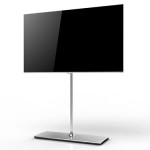 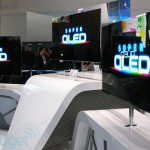 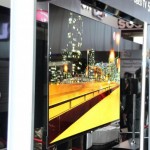 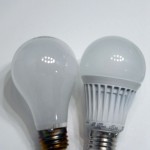 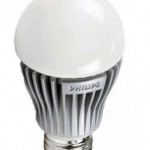 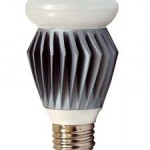 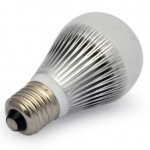 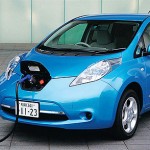 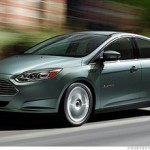 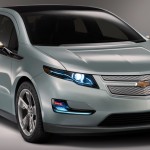