The Beauty of Hungary’s Stringbike Where Is The Chain?

The Csepel neighborhood of Budapest is a 2,000-acre sprawl of working-class apartments and factories. A large swath of the district used to be solely the domain of heavy industry, where each street took its name from the goods produced inside the mostly abandoned brick buildings lining its curbs.

It is here, in a nondescript building on Bicycle Street, blocks from Power Station Street and Petroleum Street, where a handful of engineers are building a bicycle from another world.

The Stringbike is a cat’s cradle of alien beauty, a vehicle devastating in its mechanical elegance. Mounted on a sinuous white frame (it also comes in black) the Stringbike’s drivetrain is made up of a triangular aluminum swinging arm connected via colorful Dyneema strings to spring-loaded hubs mounted on the rear axle. You pedal it like you’d pedal a regular bike, and the weird shape of the inside of the swinging arm converts your circular pedaling into a horizontal back-and-forth motion. This force is relayed to the rear by the Dyneema strings, which pull on the hubs and rotate the rear axle.

http://www.youtube.com/watch?v=z4PAzalfpwwThere are two identical drivetrains on each side of the bike, offset by 180 degrees so the pedals can provide continuous power. There’s a complete lack of gears, chains and oil stains.

The Stringbike company is run as a skunkworks inside the Schwinn-Csepel bicycle factory, which also makes conventional bikes. On a tour of the factory, Robert Kohlheb, the 46-year-old co-inventor of the Stringbike, can’t help but roll his eyes when I compare the signature visual component of his avant-garde bicycle drivetrain, the triangular aluminum swinging arm, to the triangular cast-iron rotor of a Wankel engine.

But the comparison is inevitable. Felix Wankel invented his internal combustion engine in 1929, half a century after Nikolaus Otto designed the gasoline-powered four-stroke engine, and while the Wankel is smaller, lighter, simpler and fabulously more elegant than the Otto, it is still the latter which powers the vast majority of cars today. The Wankel was instead relegated to vintage German sports saloons and hot Mazdas. It came to the scene too late.

“Too late” is not what you think when you first see a Stringbike in the flesh. The term that more quickly comes to mind is “beautiful”. It is at once simple and headache-inducingly Goldbergian.

The Stringbike is strong, supple and, most of all, silent. There are no chains and gears to clack and rattle. The only sound is the soft clicking of the spring-loaded rear hubs. There are 19 gears, operated with a regular, handgrip-mounted gearshift, which moves the Dyneema strings’ anchor points on the swinging arms. It’s wildly original, it’s beautiful and it requires very little maintenance – if you somehow manage to break one of its super-strong Dyneema strings, each costs only a few dollars to replace and you can do it yourself. But it’s expensive enough (prices start at around $3,500) to preclude it from becoming a regular city bike, and it’s a microscopic drop in the vast sea of bicycles out there. At the time of my visit to the company last fall, two dozen bikes had been sold.

It wouldn’t be a terrible fate for the Stringbike to achieve the same cult status as Mazda’s Wankel-powered sports cars. It’s a bicycle for those who love out-there designs, and who don’t mind shelling out used-car money for something that rides pretty much like a regular bicycle, but which looks and feels like the promise of a world where clever engineering always trumps the status quo.

If it gets the cold shoulder, it won’t be for lack of determination from the company. It’s already working on a carbon fiber frame that would cut a full ten pounds from the Stringbike’s current 28-pound curb weight. Hungarian ultramarathoner Ferenc Szőnyi is going to ride it in the insane Race Across America. 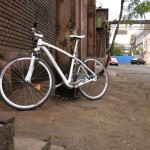 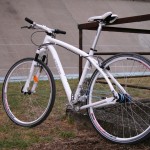 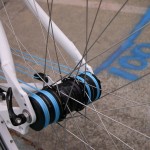 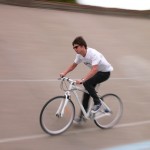 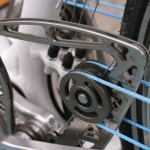 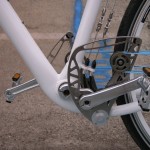 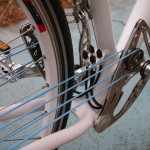 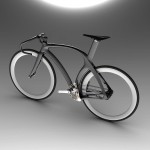