The pages of science and tech websites are regularly filled with pronouncements of next big thing innovations or early stage breakthroughs that are often highly theoretical. Often they reflect something achieved in laboratory conditions which may not see the light of day for years if ever at all. Due to this problem, there is a greater cause for interest when innovations have been engineered and actualized to the point of being manufactured and readied for market. This focus on the tangible, physical product makes for a more engaging and substantive subject in that they may impact us in a direct way, usher in change, or actualize better methodology simply by their very existence. The new solar panel by Semprius fits this criteria perfectly in that the results were achieved by an actual line model as opposed to a laboratory prototype. The panels will be manufactured later this year and are expected to make solar generated electricity viable and competitive price wise with fossil fuel generated electricity.

In keeping with this mindset and methodology we bring to your attention a new breakthrough in solar cell efficiency by Durham, NC company Semprius. Semprius announced this winter an independently verified record for a solar module which reached 33.9% efficiency. The company recently made the MIT Technology Reviews top ten list of emerging technologies for its high efficiency solar panel. Recognition from the MIT review is in itself noteworthy and represents a high level of credibility in the technology field.

A 16% stake in the company, purchased by the big industry player Siemens in June of 2011, combined with the company’s own pronouncement to begin manufacturing at their plant in North Carolina later this year has made many in the industry take notice.

This technology called HCPV (High Concentration Photovoltaics), or sometimes simply CSP (Concentrated Solar Power), was verified by Spain’s Instituto de Energia Solar at the Universidad Politechnica de Madrid. In this process, an optic lens concentrates light over 1,000 times onto the solar cells, hence the name HCPV. The solar panels demonstrated are notable for using Gallium Arsenide in lieu of Silicon (most manufactured Silicon panels achieve 16% – 20% efficiency) and have what the company refers to as the world’s smallest solar cells which are about the size of a pencil point.

The actual panels contain three layers of Gallium Arsenide each of which captures and converts different parts of the sun’s spectrum. Gallium is better at absorbing sunlight than Silicon and dissipates heat well thus it eliminates the need for a cooling system. However Gallium is more expensive than Silicon which may be a factor as Semperius moves forward towards manufacturing. Semperius insists it can keep manufacturing costs down and that it will be able to scale up production quickly. The partnership with Siemens should assist as it has the double advantage of expertise in the field (Siemens has experience building solar parks) as well as making future financing easier.

Due to the nature of this technology, HCPV can best be used in certain areas of California and the American Southwest, ideally with tracking systems that would aim the panels to their optimum positions. This would make the panels ideally suited for Solar Parks or Generating Stations as opposed to the more commonly familiar residential rooftop installations.

The significance of having achieved a conversion of over one third sunlight energy to electrical energy cannot be overstated. This level of efficiency would result in a reduction of cost in solar electricity generation in high irradiation areas (sunnier parts of the country) to about 8 cents per kilowatt hour. The average cost of electricity in the US (2011) is about 10 cents per kilowatt hour. This would be the first time that solar electrical generation would become less expensive than gas or coal derived electrical generation.

The Henderson North Carolina factory, Semprius, will be opening this summer producing 9 megawatts of panels this year and will ramp up to 30 megawatts next year. With the contraction and adversity experienced by the solar industry over the past few years as a result of the collapse of silicon prices and competition from Chinese manufacturers, Semprius brings a resounding note of optimism to an industry clouded by post Solyndra fallout and politicization.

Semprius received both a $500,000 grant from the DOE in 2009 and a $3,000,000 subcontract from the NREL in 2010 to bring its solar panels to market and may have the effect of changing perceptions about government funding for research and development of new technologies. In the long term the successes of government backing of renewables will outshine failures and the end results will have a direct and positive effect on not only the industry but people as a whole. We can look forward to Semprius coming to market with its panels later this year. 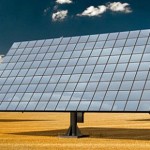 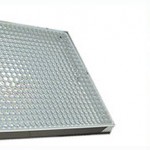 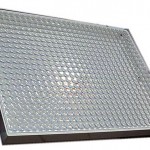 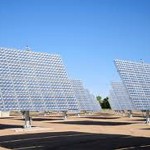 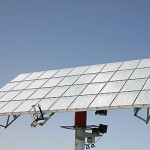