Craftica: A Material Exploration of Leather and Life for Fendi

In the artistic world of design, it takes more than just rich fabrics and luxury furnishings to inspire, but the challenge of making the natural world elegant, which is exactly what design company Formafantasma excels at in Craftica for Fendi.

The two met while illustrating books and magazines as communication designers and began collaborating together after graduating from The Design Academy Eindhoven. With a thesis on traditional Sicilian folk craft, their first project and graduate show, Molding Tradition explored immigration focusing on African Arabs in Sicily.

Today, Trimarchi and Farresin are some of the most sought after luxury designers in the industry as they are not afraid to push the envelope and generate more than just engaging designs, but a dialogue. Formafantasma has won several awards in recent years, including “Talent of the Year” at the 2013 International Elle Decor Design Awards and the ICON Award for Emerging Designer of the Year.

According to Formafantasma, their work “explores such issues as the role of design in folk craft, the relationship between tradition and local culture, critical approaches to sustainability and the significance of objects as cultural conduits. They identify their role as the bridge between craft, industry, object and user and seek to stimulate a more critical and conceptual design dialogue through their work.”

Interested in working with experimental designers, Fendi originally commissioned Trimarchi and Farresin to create Craftica, an exploration of leather for their Art Basel Miami performance. A great success, Formafantasma is once again exhibiting the Craftica collection at the Libby Sellers Gallery in London until February 28.

In conjunction with Fendi’s previous design performances, ‘Craft Punk’ and ‘Craft Alchemy’ the name Craftica was born. “Fendi is a special partner to work with,” says Trimarchi and Farresin. “In these days the word ‘craft’ is more and more used as a marketing tool. In their case, instead craft is genuinely at the core of what they do. It has been inspiring to visit their production companies in Florence and collaborate for certain phases of production with the craftsmen there. We had total freedom in the development of the work.”

Taking a holistic approach to design, after being commissioned by Fendi, Craftica began very organically. “We started by collecting the materials,” says Trimarchi and Farresin. “The design developed form the testing of the possibilities of the materials. The main core of the work is to look at leather craft from a different perspective … with leather the natural colors and the original textures of the skins are often lost due to an excess of processing. Often rare skins are considered more precious and beautiful. With the project we wanted to discard some of these prejudices.”

With access to vintage Fendi leathers and little restrictions imposed Formafantasma had to round up some unusual materials for this particular collection. Collaborating with the food industry for their bladders, the designers also worked with a company in Iceland to obtain their fish shins.

Despite appearing exotic, “The skins are tanned to maintain their original colors and textures and in most cases obtained from common, ‘unsophisticated’ animals like salmons, trout and pigs,” says Trimarchi and Farresin. “The leathers have been paired with marble, oxidized metal, glass, wood and other unprocessed natural materials such as bones, shells and a sponge cultivated in sea-farms as a substitute for industrial foam.”

Looking at the collection as a whole, the designers favorites are the bladders, stools and the glass jug made out of a cow bone, “We like these pieces because they are the most outspoken and representative of the collection. We where interested in the relationship between the food industry and what comes as discarded from it as a source of material.”

Recently, the two showed their material exploration of plants and plastics in ‘Botanica’, which opened in Bangkok January 15, “Just as Craftica challenges leather, Botanica raises awareness of what plastic means to us as a society as the plastics engulfs the live plants,” says Trimarchi and Farresin.

Creating both social and political conversations in their work, the designers are also currently exhibiting ‘Charcoal’ commissioned by The Vitra Museum in Germany. ‘Charcoal’ is an exploration of finding the beauty in something utilized
daily, yet perceived as ugly and dirty. It is these conversational designs and exhibits that will make Formafantasma relevant designers for years to come.

Humble despite success, Trimarchi and Farresin’s best advice is to follow your personal passions and instincts, “It is not easy to be so self analytical. The formal decisions we take when we design are rarely dictated by a preconceived thought. By working and refining our ideas the ‘aesthetic’ also change and evolve,” says Farresin.

For more information about Craftica and other design works from Formafantasma check out: http://www.formafantasma.com/ 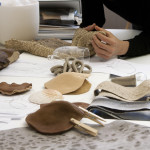 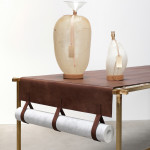 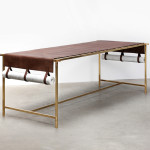 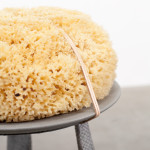 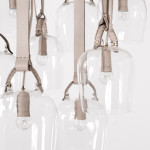 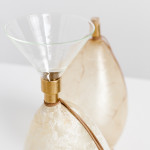 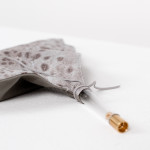 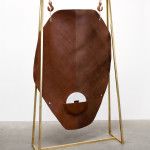 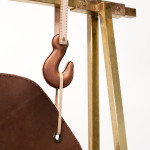 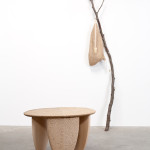