Unfasten Your Seatbelts: The Google Driverless Car Is Here!

Much of the reporting about Google’s driverless car has mistakenly focused on its science-fiction feel. While the car is certainly cool, just watch the video below about a 95%-blind man running errands. The gee-whiz focus suggests that it is just a high-tech dalliance by a couple of brash young multibillionaires, Google founders Larry Page and Sergey Brin.

Because people consistently underestimate the implications of a change in technology—are you listening, Kodak, Blockbuster, Borders, Sears, etc.?—and because many industries face the kind of disruption that may beset the auto industry, I’m going to do a series of blogs on the ripple effects that the driverless car may create. I’m hoping both to dramatize the effects of a disruptive technology and to illustrate how to think about the dangers and the opportunities that one creates.

Driverless technology of this caliber was originally introduced through the DARPA Grand Challenge in 2004. The DARPA Grand Challenge is a prize competition for American driverless vehicles, funded by the Defense Advanced Research Projects Agency, the most prominent research organization of the United States Department of Defense. Congress has authorized DARPA to award cash prizes to further DARPA’s mission to sponsor revolutionary, high-payoff research that bridges the gap between fundamental discoveries and military use. The initial DARPA Grand Challenge was created to spur the development of technologies needed to create the first fully autonomous ground vehicles capable of completing a substantial off-road course within a limited time. The third event, the DARPA Urban Challenge extended the initial Challenge to autonomous operation in a mock urban environment. The most recent Challenge, the 2012 DARPA Robotics Challenge, focused on autonomous emergency-maintenance robots.

Driverless car technology has the very real potential to save millions from death and injury and eliminate hundreds of billions of dollars of costs. Google’s claims for the car, as described by Sebastian Thrun, its lead developer, are:

To put those claims in context:

About 5.5 million motor vehicle accidents occurred in 2009 in the U.S., involving 9.5 million vehicles. These accidents killed 33,808 people and injured more than 2.2 million others, 240,000 of whom had to be hospitalized.

Adding up all costs related to accidents—including medical costs, property damage, loss of productivity, legal costs, travel delays and pain and lost quality of life—the American Automobile Association studied crash data in the 99 largest U.S. urban areas and estimated the total costs to be $299.5 billion. Adjusting those numbers to cover the entire country suggests annual costs of about $450 billion.

Now take 90% off these numbers. Google is claiming its car could save almost 30,000 lives each year on U.S. highways and prevent nearly 2 million additional injuries. Google claims it can reduce accident-related expenses by at least $400 billion a year in the U.S. Even if Google is way off—and I don’t believe it is—the improvement in safety will be startling.

In addition, the driverless car would reduce wasted commute time and energy by relieving congestion and allowing cars to go faster, operate closer together and choose more effective routes. One study estimated that traffic congestion wasted 4.8 billion hours and 1.9 billion gallons of fuel a year for urban Americans. That translates to $101 billion in lost productivity and added fuel costs.

The driverless car could reduce the need for cars by enabling efficient sharing of vehicles. A driverless vehicle could theoretically be shared by multiple people, delivering itself when and where it is needed, parking itself in some remote place whenever it’s not in use.

A car is often a person’s second largest capital expenditure, after a home, yet a car sits unused some 95% of the time. With the Google car, people could avoid the outlay of many thousands of dollars, or tens of thousands, on an item that mostly sits and, instead, simply pay by the mile. Driving could become Zipcar writ large (except the car comes to you).

Looking worldwide, the statistics are less precise, but the potential benefits are even more startling. The World Health Organization estimates that more than 1.2 million people are killed on the world’s roads each year, and as many as 50 million others are injured. And the WHO predicts that the problems will only get worse. It estimates that road traffic injuries will become the fifth leading cause of worldwide death by 2030, accounting for 3.6% of the total—rising from the ninth leading cause in 2004, when it accounted for 2.2% of the world total.

If Google could give everyone a world-class electronic driver, it would drastically reduce the deaths, injuries and direct costs of accidents. The driverless car might also save developing countries from ever having to replicate the car-centric infrastructure that has emerged in most western countries. This leapfrogging has already happened with telephone systems: Developing countries that lacked land-line telephone and broadband connectivity, such as India, made the leap directly to mobile systems rather than build out their land-line infrastructures.

China alone expects to invest almost $800 billion on road and highway construction between 2011 and 2015. It is doubtful, however, whether even this massive investment can keep up with the rising accidents and traffic congestion that the country endures. And road construction won’t deal with the issue of pollution, to which the massive car buildup contributes and which, as the following FT video reports, is becoming an ever more politically sensitive issue.

How might China and other developing economic powers’ massive car-related investments be redeployed if fundamental assumptions were viewed through the lens of the driverless car?

In sum, the Google driverless car not only makes for a great demo; it has worldwide social and economic benefits that could amount to trillions of dollars per year. 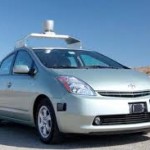 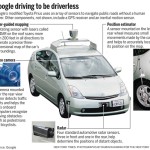 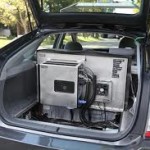 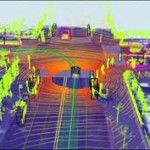