Leaders in racing technology, Honda launched its 2013 RC213V livery model at Campus Repsol recently in Madrid. Created for the Spanish driving duo Dani Pedrosa and Marc Márquez, the newest 2013 Honda Repsol will compete in 18 races in the 2013 MotoGP, beginning its pre-season April 8 in Qatar.

Repsol Honda Team, created in 1955, has maintained icon status in racing. A state of the art racing system, the newest Repsol bike was not a complete redesign but a continuing evolution according to Honda Racing Corporation Executive Vice President Shuhei Nakamoto.

“A project that is constantly evolving,” said Honda Racing Head of Communications Rhys Edwards, “This year we have an additional 3kg to add to the minimum weight, but our engineers have had more time to adapt to this for 2013 … The engine for 2013 will have more power but not higher revs but we will begin the Sepang tests next week.”

“The big change is the engine – moving from 800cc to 1000cc for the RC213V. However, the bike still maintains the same DNA and keeps evolving. In terms of performance, we are always working with our title sponsors, Repsol, to improve fuel consumption as we have a more powerful and heavier bike to deal with,” Edwards said.

In testing Honda’s new bike, during 2,000 km of durability testing was able to maintain maximum power and reach speeds over 350 kph with a displacement of 1000cc. Backing on the 2012 centralization design attempts, according to Honda the 2013 models use of mass centralization, “aims to produce a machine with optimized handling characteristics combining stability, agility, resistance to wheelies and maximum cornering grip.”

The RC213V brakes utilize carbon fiber technology, working best under high temperatures; the brakes can reach up to 400 degrees Celsius. Created by Brembo, the front brakes are Nissin four-piston caliper and the back Nissin twin-piston caliper; the bike is also equipped with Yutaka steel discs for wet weather conditions. The RC213V has a 6-speed seamless cassette with alternative optional ratio, and a fully adjustable multi-plate slipper clutch. With 16.5-inch Bridgestone tyres, the RC213V has a road clearance of 115.  One of Honda’s most aerodynamic Repsol bikes yet, according to Honda, the twin-tube aluminum chassis is capable of maximum stability in turning and has the right balance of stiffness, rigidity and strength to conquer 170kw (230bhp) from the RC213V’s engine to the rear tyre. The bike is also equipped with modified fairing to reach the maximum compatibility and performance between handling and drag.

When it comes to suspension the RC213V is equipped with a Telescopic Fork in the front and Pro-Link in the rear by Öhlins Suspension technology, the worlds leading performance suspension distributer. According to Honda, the new suspension system produces “maximum grip as the machine hits the thousands of bumps and ripples encountered on every lap.” Because of the importance of suspension systems in MotoGP racing both Repsol riders have their own Öhlins technician assigned to him.

Weighing in at 157kg, in addition to technology updates the 2013 RC213V removes itself from the traditional Repsol color scheme with more whites and red tones then before. The 2013 RC213V is rumored to cost approximately 4 million dollars.

Repsol Honda 2013 is one of Honda’s most dynamic racing teams yet. At 27, Pedrosa was the youngest driver to ever win the 250cc Grand Prix and conquered seven wins in his 2012 season. Today, after 12 years of racing Pedrosa has raced in over 194 races with 45 wins and 3 World Champion victories. In addition to Pedrosa the 2013 Repsol Honda Team includes 2012 Moto2 World Champion Márquez. Márquez made his championship debut in 2008 at The Portuguese Grand Prix at the age of 15. Today, still a teenager, Márquez at 19 will take over former Honda racer Casey Stoner’s spot on the Honda Repsol 2013 Team.

“Dani had his most successful season to date in 2012, taking more wins that any other rider (7) and I’m sure he’ll keep this momentum going into 2013,” said Edwards, “Marc has already shown his incredible talent in the lower classes, he will need to take time to learn how to ride the bigger bike and adapt to the tyres, but once he does, I’m sure he will
be extremely competitive.”

A highly anticipated season in MotoGP racing, as both equally talented drivers climb atop Honda’s most innovative Repsol bike yet, the 2013 RC213V. 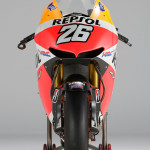 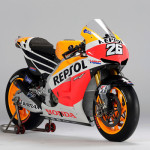 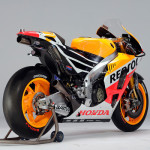 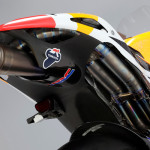 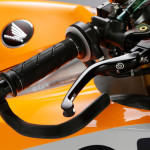 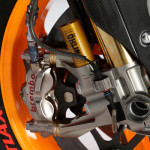 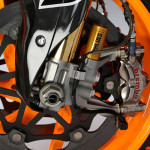 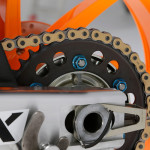 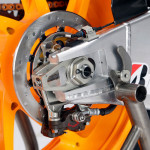 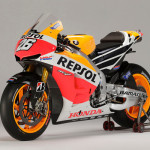