Speedo’s introduction of its drag reducing LZR Racer swimming outfit created a controversy during the 2008 Beijing Summer Olympics. The suit worked so well that it was subsequently outlawed by the Fédération Internationale de Natation (FINA) as the technological equivalent of doping – it provided too much of an advantage. Now, with the help of ANSYS simulation software, and just in time for the 2012 London Summer Olympics, Speedo has introduced the Fastskin3 racing system, which offers a new and apparently legal approach to drag reduction during competitive swimming.

Rather than specify a standard suit, or possibly special materials from which a suit must be made for international competition, FINA decided to limit the portion of the body that could be covered. For men, this was from the waist to the knees, and for women, from the shoulder to the knee. Their intent was to prevent the design of performance-enhancing suits such as the Speedo LZR Racer, but the restriction was so narrow that it simply required that a different optimization process be carried out.

The result is Speedo’s Fastskin3 Racing System. When worn as a complete system of suit, cap, and goggles, passive drag, which impedes gliding while submerged, is reduced by up to 16.6 percent, and the amount of oxygen needed by the swimmer at a given speed is reduced by up to ten percent. Finally, active body drag, resulting from the waves that the swimmer creates, the swimmer’s constantly changing shape and the force of the water passing over the body’s surface, is reduced by as much as 5.2 percent.

Development of the racing system relied on expanded multiphysics simulations that included both fluid dynamics and structural mechanics. For example, the shape of the cap was optimized for low drag and turbulence, as were the effect of using a range of materials and construction techniques to insure that the caps will withstand the stresses of competitive swimming.

The simulations also examined how the cap, goggles, and suit interact with each other, so that the overall design is of a system whose components not only have individual characteristics, but also support each others’ operation to improve overall performance. Following the design work, Speedo arranged for pool tests of Fastskin3 prototypes by professional U.S. swimmers, including Natalie Coughlin, Ryan Lochte and Michael Phelps.

“Engineering simulation has been absolutely critical in launching this world-first concept,” said Tom Waller, head of Speedo’s in-house global research and development facility. “For the first time, competitive swimmers can use a cohesive, hydrodynamic solution that will help them cut through the water with maximum efficiency. In developing the Fastskin Racing System, ANSYS software gave us the confidence that our designs would perform as expected in the real world – and saved us a huge amount of resources that we would otherwise have had to invest in physical testing.”

But one factor ANSYS cannot simulate is FINA’s reaction to the new design – will Speedo’s Fastskin3 system also be outlawed? The Olympic results will likely be a key factor in their decision. 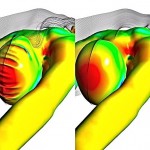 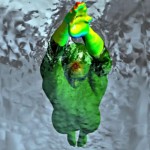 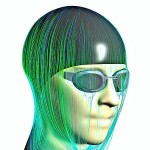