One of the most notable absences from this year’s auto show was that of the iconic Swedish name, Saab, which was typically much anticipated and always looked upon to deliver prime examples of design and engineering excellence. The companies origin’s were in fact in aviation having been founded in 1937 with the assistance of numerous engineers from the American aviation industry who had previously been employed at the firms Boeing and North American Aircraft. Saab was a key provider of aircraft for Sweden during the Second World War and assured a sort of armed neutrality and deterrent to the possibility of Nazi aggression during the war. In 1945, with the war nearing its end, the company retooled in anticipation of peace with the intention of manufacturing automobiles for the general public. The application of knowledge gained from its aviation experience and the cross fertilization thereof were key to uniqueness form both a design and engineering standpoint. Over the past few decades Saab could typically be counted on to provide some of the more memorable, aesthetic, and forward thinking concept cars which were sorely missing from this years auto show.

The groundbreaking model, the Saab 92, debuted in 1947 and was the first offering of the now restructured company the design of which was turned out by noted industrial designer, Sixten Sason. Touted as tone of the most aerodynamic cars of its time and with the lowest drag co-efficient of any car of the era, this subcompact two cylinder was made an immediate classic of mid 20th century auto design. The company’s prowess and experience in aviation was readily applied to its automobiles hence an advanced application of aerodynamics and streamlining to its cars. This particular aspect of their history gave them at once a respect and appreciation from both designers and engineers. Applying concepts of good design with an eye on both affordability and aesthetic assured a place on the 20th century pantheon for Saab which continues to the 21st century.

Sometimes thought of as “The other Swedish car company”, Saab never sold in the volume of the more high profile and well established Volvo, tending to about 100,000 units even in its better years. American automaker GM bought a majority stake in Saab in 1990 and by the turn of the century was the sole owner. In some ways we may regard its current malaise as a repercussion of the bankruptcy of GM in 2009, which resulted in the attempted sell off of the Saab unit, which it then had a majority stake in. From 2009 on, the company looked likely to be sold at first to supercar company, Koenigsegg, which fell through by years end, which in turn was followed a period of negotiation and sale to Dutch based Spyker Cars in February 2010. The company’s name was legally changed to Swedish Automobile in June of 2011. As a result of former owner GM’s contractual stipulations about certain proprietary technologies, Saab was not allowed to be sold to a group of Chinese investors who had expressed interest in the second half of 2011. The Saab story starts become even more complex at this period with vendors claiming Saab had not settled their debts and an ugly period in August of 2011 where blue collar salaries were not paid while there were whispers that white workers were quietly compensated later that same month. An official legal bankruptcy was declared on December 19, 2011.

As of writing of this article in mid March of 2012, no firm resolution has been reached, however both Indian Conglomerate Mahindra and Mahindra and China’s Youngman both have substantial bids in. Many of us who have an appreciation and respect for the Saab marque remain hopeful that this noted design and engineering icon will continue to exist well into the 21st century regardless of the national origin or national identity of its purchasers.

The Saab 93, which made its appearance in 1955, was also designed by Sixten Sason who saw the cars powertrain expanded to three cylinders and a distinctive shield like radiator grill. 1955 to 1957 saw several prototypes of two seat Saab Sonett roadster, which never made it into full production. The light weight aluminum chassis car also included engineering concepts adopted from aircraft and aviation knowledge and boasted early use of fiberglass which made for a weight of slightly over 1,300 lbs.

The Saab 96 made its debut in 1960 and the production run lasted a full two decades selling close to 550,000 units in that time frame. This model was to raise Saab’s visibility and gained appreciation for the marque internationally having raised the bar in terms of both safety and reliability.

The Saab 99 was introduced in 1968 after a prolonged period of secrecy. The last major car designed by Sixten Sason was still a compact although the two door car’s dimensions were significantly larger than Saab’s previous offerings with a 1.75 liter engine in an effort to widen and extend Saab’s market beyond the more compact models that hitherto defined it. Over the next several years a myriad of models appeared including turbocharged and fuel injected versions then finally a 2 liter engine. The run lasted until 1984 selling nearly 590,000 units.

The Saab 900, which appeared in 1978, once again offered numerous configurations and engine options. I had the pleasure of driving a 1987 3 door hatch back throughout the late 90’s and still have fond memories of both
handling performance and reliability of the then 10 year old vehicle. Although regarded as a compact, it began a trend toward a more fully realized executive car as was soon offered as a convertible version.

The 9,000 and its successor, the 9-5, may be regarded as the first pure examples of a 4 door executive car by Saab. With a longer wheel base and a more spacious passenger compartment, they came to be regarded as the first midsized Saab. The 9,000 was produced from 1984 through 1997, was replaced by the 9-5 in 1997, and remained in production until 2010. Both were 4 door vehicles which were offered in 5 door liftback variations.

One of the more notable concept cars fondly recalled in recent memory was the Saab Aero X in 2006. This two seater sports car was distinctive not only for its cockpit canopy in lieu of doors but boasted all led lighting, a carbon fiber body, a dashboard which dispensed with conventional dials and buttons, and was notable for a screen depicting 3D images of all relevant data. Saab 9-X Air concept car was a plug in hybrid which paired a turbo-charged 260 H engine with 2 electric motors.

We can only hope that the company may re-emerge from its current state and will continue the tradition of innovation excellence and good design well into this century. 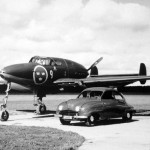 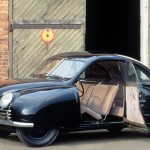 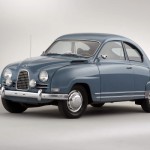 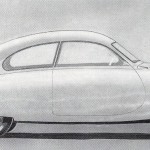 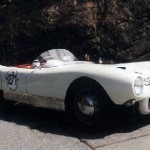 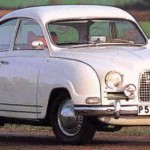 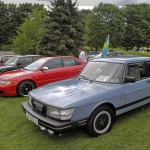 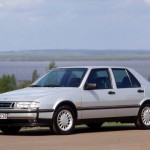 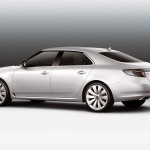 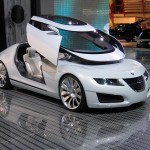 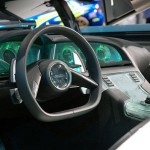