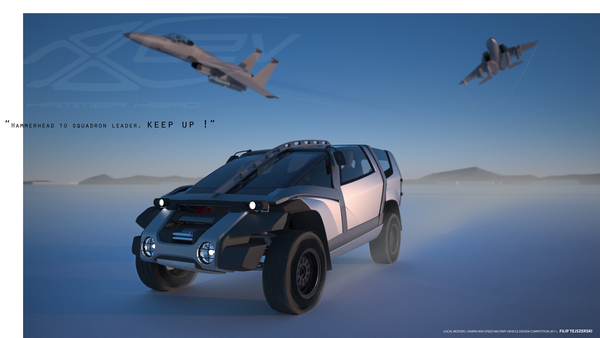 The XC2V FLYPMode is one imposing looking vehicle. Also known as the Experimental Crowd-derived Combat Support Vehicle, DARPA has billed this mean machine as the “first crowd-sourced, militarily relevant vehicle design.” After being selected as the winning entry to DARPA’s design-the-next-Humvee competition, Local Motors tricked out the XC2V FLYPMode in just 14 weeks. For now, it is but a “proof of principle project,” meaning we probably won’t see this thing riding dirty in the desert anytime soon, if ever. You can, however, see at least a portion of the beast’s birth in a time-lapse video here:

Back in May, the winner of DARPA’s XC2V crowd-sourced military vehicle competition was chosen, which supposedly was going to get turned into a fully functional prototype by June. Here are some renderings: 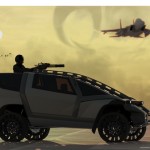 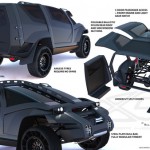 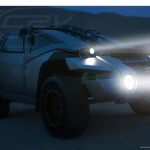 Well, in a remarkably non-governmental display of punctuality, they’ve actually gone and built the thing.

After Local Motors won the XC2V competition, they were given a mere 14 weeks to build a prototype of their “FLYPMODE” concept, a vehicle built on a common chassis capable of performing both combat resupply and medical evacuation missions. As it turns out, they didn’t even need all 14 weeks, and were able to complete the prototype ahead of schedule, no problem. Check out the pics of the not yet armed but otherwise fully operational XC2V vehicle below. 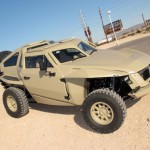 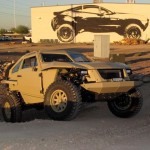 Part of the point of this whole exercise was to see how effectively crowd-sourcing through private industry could be used to design, develop, and build a new vehicle. In a result that will shock nobody at all, the XC2V went from concept to prototype some five times faster than it normally takes our ponderously bloated war machine to come up with something similar.

DARPA is hoping that private industry and community based programs like these will help the military to more readily adapt to the rapidly changing face of warfare by making it far more efficient to design and implement new hardware when it’s needed. Apparently, we’re going to get our next-generation infantry fighting vehicle through just this type of system. It’s going to be called FANG (for Fast Adaptable Next-Generation Ground Combat Vehicle), and you’ll be able to check it out at vehicleforge.mil, which doesn’t seem to exist yet, but here’s a sample rendering anyway: 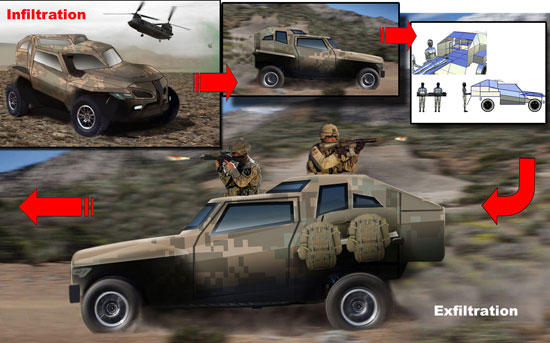