BMW Motorrad has been busying itself perfecting an electric scooter design for some time now and, following the early prototype E Scooter we first reported on last year, and the more fully formed Concept e model which popped up a few months later, the company has now unveiled a new “near-production” electric scooter named the BMW C evolution which boasts a reported 100 kilometers (62 miles) range from one full charge and some impressive styling to match.

Perhaps more useful than the three hour charge time of the C evolution is the fact that the scooter can reach 70 percent charge after approximately thirty minutes spent plugged in. In addition to this, the C evolution’s charge socket is same type currently implemented in many car charging stations throughout the USA and so the scooter can recharge at those locations – a feature which BMW claims is not currently offered by any other electric scooter.

Naturally, BMW is keen to market the C evolution as a primarily urban-based transport solution and this is likely where the scooter would be most at home. However, the company also points out that its electronically-limited 120 km/h (75 mph) top speed makes it suitable for motorway driving and overtaking, even with the additional weight of a passenger riding pillion.

Indeed, BMW claims that the C evolution has outstanding performance for an e-scooter, with a low center of gravity and the instant high-torque nature of the electric motor both combining to make the vehicle more than a match for the current crop of maxi scooters sporting a capacity in excess of 600 cc.

The C evolution’s motor puts out 11 kW continuous output and 35 kW peak output and achieves its 100 kilometers (62 miles) range from a 8 kWh battery with the help of an intelligent system of energy recuperation, which works to save power when the throttle is closed. As is the case with a combustion engine, the generator function of the alternator creates drag torque, resulting in the familiar engine brake that takes effect when reducing the accelerator on a fuel-guzzling two-wheeler.

The C evolution further performs energy recuperation when braking, converting kinetic energy into electrical energy in order to charge the battery. By regaining energy in these two ways, the range of the C evolution is extended by up to 20 percent. All the relevant stats relating to this energy saving are all shown on a TFT display with a progress bar, allowing attentive riders to squeeze out every last inch of tarmac before needing juice.

The C Evolution’s Technical Specifications are as Follows:

There’s no word as to when we can expect the C evolution electric scooter to hit the market, nor the price it will command once it appears. However, BMW is currently undertaking trials of the C evolution in London, presumably with a view to beginning a wider manufacturing process relatively soon, should all go well. 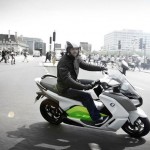 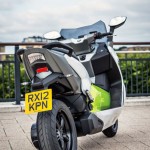 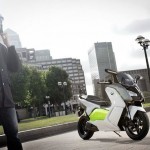 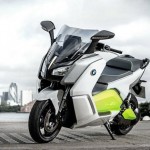 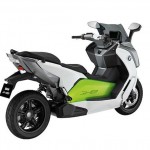 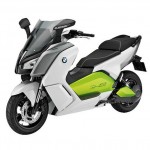 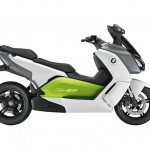 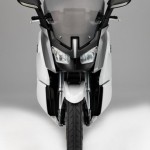 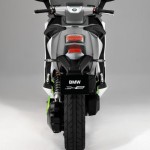 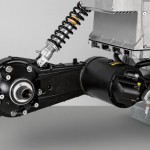 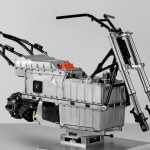 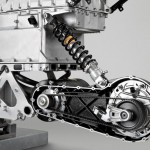 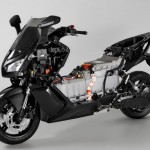 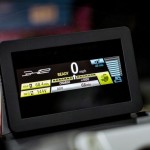