One company, Tesla, has consistently got it right while other companies lag woefully behind.

The electric car has emerged as a reality and an option for most people over the past year with several of the major players following Tesla in their own electric car offerings. A closer look at what is now available reveals how far ahead Tesla is from the rest of the pack in terms of styling, performance engineering, and most importantly range. To date the only electric cars that have surpassed the 200 mile range and challenged the 300 mile range have been the Model S and Roadster manufactured by Tesla Motors, the Silicon Valley start up formed in 2003 by visionary CEO Elon Musk. All other currently available electric cars offer a sub 100 mile range and cannot be regarded as noteworthy in terms of styling or aesthetic appeal while some seem to re-enforce negative stereotypes about electric cars.

While it is refreshing that the industry has recognized the viability of electric cars, some might think of the current crop of models as obligatory offerings as opposed to something that was embraced with enthusiasm. Nissan and GM (with their respective Leaf and Volt) both seem to acknowledge a forward looking vision of an electric car future, however, neither of these two multinational conglomerates have been able to offer would rate better than a ‘C’ in terms of product. Thinking outside the box is required and by virtue of being a new company outside an established industry, Tesla has the advantage of not being weighed down by a history of manufacturing internal combustion cars. This gives Tesla the ability to introduce an entirely new vehicle in the form of the Model S without being tied down by either conventional ideas or old orthodoxies.

Almost all the currently available electric car models offered by the majors can be regarded as adequate as they meet expectations and are good city cars. However, in my mind this is not good enough. No one in the industry has had the foresight to offer premium electric cars from their higher end marks which displays a lack of understanding in the value of an early adoption by the higher end consumer, specifically in the 50k to 90k price range. The executive, luxury, and performance car markets seem to be a viable and likely target for electric cars as these consumers would be willing to pay the premiums required for additional range, styling, and innovation. This would be preferable to the current tendency to offer relatively modest lower mid-range styling, performance, and non-luxury for prices in the 30k to 40k range as most of the electrics cars are currently priced. As long as consumers are faced with paying a premium of several thousand dollars for electric vehicles as a result of the lithium ion battery packs, keying in on the higher end of the market, where this would be less of a factor would be a sensible idea and more likely to hasten broad based acceptance and early adoption.

It is very telling that most of the current electric car models are based on existing gas powered car platforms with electric power trains replacing internal combustion engine. If a greater effort were made to create original platforms with frames and body designs specific to the strengths of electric cars (small motors as well as the lack of need for exhaust and cooling systems) a more fully actualized vehicle would result. Tesla has made use of aluminum in 98% of their Model S frame and further efforts to make use of lighter weight materials (including magnesium and carbon fiber) could reduce the curb weight of their cars by several hundred pounds. These weight savings could in turn allow for longer ranges as well as the inclusion of larger battery packs (potentially 40KW to 60KW) potentially bringing vehicles over the 200 mile range. The condition known as range anxiety would be marginalized at the 200 mile range and virtually eliminated by vehicles with over 300 mile ranges. The existing lithium ion battery technology can achieve this range today but only one maker has pushed this envelope showing thus far a lack of will on the part of the major auto companies in this most critical of areas.

Another area that should be explored more aggressively is the in-wheel electric motor which may be more common in electric drive train vehicles by the next decade. This would allow for what would be termed “Direct Drive Vehicles” and further aid in both efficiency and performance.

If the luxury marks such as Lexis, Audi, BMW, and Mercedes were marketing high-end electric vehicles with an eye toward design and engineering excellence coupled with larger battery packs and longer ranges the public would be responsive and buy electric vehicles not simply for the status of early adoption or novelty but because of the availability of a superior product. Tesla once again is ahead of the game here by offering 40KW, 60KW, and 85KW battery packs as options. The fact that no other car maker has offered a larger battery pack as an optional upgrade shows a distinctive lack of vision.

Both Ross Lovegrove and Karim Rashid have railed against preconceived, mundane, and “tradition for traditions sake” approach to design over the years. Lovegrove in particular approaches the subject of electric cars as a potential to rethink the way people perceive personal transportation with dramatically different forms now possible. Aptera may well be the only company thus far willing to take its radical design to market in stark contrast to the somewhat conventional Nissan Leaf and Coda as well as the downright frumpy looking Honda Fit and Mitsubishi i-MiEV which seem to compete for being the least aesthetically pleasing.

The first major gas crisis occurred in the 1970s by the response of the American auto industry’s generation of poorly engineered, unaesthetic cars such as the Gremlin, Vega, and Pinto which are still derided as the worst examples of what were termed ecoboxes or econoboxes. Although the industry may be applauded at the time for trying to tackle the ideas of high mileage and sub 2,500 lbs vehicles, the repercussions of this generation’s less than well designed cars was felt for decades with the consensus that Detroit could not produce a well engineered and designed economy car. We can only hope that today’s global auto industry does not repeat the mistakes of the 70s by giving us a new generation of electric econoboxes or glorified golf carts that would surely do more harm to the way people perceive electric cars. Telsa has done much to break down these stereotypes by giving us both performance and luxury with it’s Roadster and Model S. If electric cars are to reach the most optimistic predictions of being 10% of the vehicles on the road by the beginning of next decade they would be more likely do so on the basis of being superior, well engineered products with an eye toward innovation and good design. Tesla recently announced its intention to ramp up next years production of its Model S from 20,000 units to 30,000 because of demand. The industry might well take note of this and recognize people will pay more for a better product. 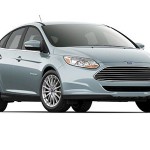 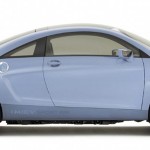 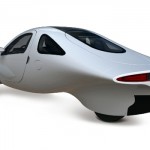 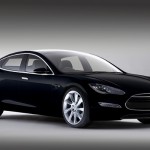