Called the F111, the new racecar has been developed by the outfit’s own engineering and design team, which is led by technical director Geoff Willis and chief designer Paul White. Simon’s eye-catching work demonstrates the ambition of the team this season.

Inspired by classic racing designs from the golden days of racing – such as the Porsche 917 – 10, which, he says, was “like a flat awesome canvas” – Simon worked with the complex shapes of the 2011 F111 racing car, focusing the visual action around the rear of the car where the engine sits.

“You have to design around the money spots on the car,” Simon told CDN. “Basically the livery has to call all the attention of the car, but can only be where no sponsor wants his sticker.”

He admits that it was a challenge to the constraints of modern day racing car designs – outlining how he worked around the tail fin, undercut side boxes, missing second rear wing etc. – to create something that was “scandalously cool but with sophisticated line quality.”

But he also sought to showcase some classic elements on this new livery: “I wanted to bring back large racing numbers – where have they gone?!” Simon said. “Nascar is adding floating CG graphics over the cars on TV, but how about the fans on track?”

In choosing the color scheme for the new car, Simon again sought inspiration in historical racecars, but also thought about the sponsors and race coverage on TV.

“Beautiful automotive reds, like I wanted to use originally [such as the color of the Alfa C8] do not stick out on TV, and you design an F1 car for television.” Simon imparted. “Subtle liveries look beautiful on prints and car shows, but for fast race tracks and, more importantly, TV cameras and a team looking to attract sponsors, I took a flashier approach.”

The resulting livery was therefore created with the goal of being uplifting and humorous; featuring quotes like ‘Don’t talk to the driver at max G’ and ‘Your logo here’, which was inspired by the trend of fresh and aggressive developments in the advertisement world.

“I added little warning notes all over the car, like on jet fighters, only that they don’t make much sense since mechanics know the car inside out.” Simon said. “Fans have fun finding them.”

The Hispania Racing team endured a difficult debut season in 2010. No pre-season testing and a changing driver line-up – which included Bruno Senna, Karun Chandhok, Sakon Yamamoto and Christian Klien – saw the team finish the year 11th in the standings, without a single world championship point.

“The F111 represents a significant step forward for Hispania Racing. We have made a big improvement for starting our second season in Formula One and what you see in our new car confirms Hispania Racing´s commitment to F1,” said Team principal, Colin Kolles. “Daniel has created a wonderfully confident look for our new car which really captures the effort the whole team has put into developing the F111. The car design and the graphic design perfectly complement one another and mark the real beginnings of our ambitions.” 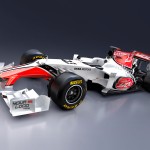 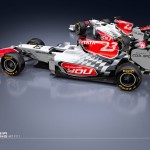 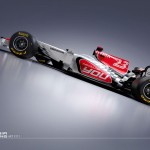 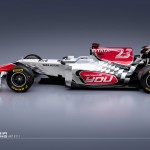 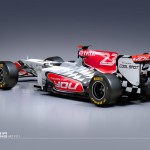 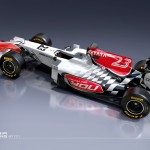 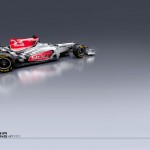 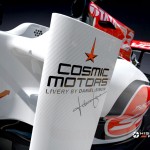 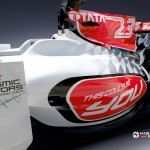