Design For Humanity Part One: The Solar Powered LED Lamp

Over the past several years there has been increasing awareness about how certain simple often taken for granted in the developed world products or devices can greatly impact the quality of life in the less developed parts of the world. During the first decade of this century much visibility was given to a program known as one laptop per child. Born out of a belief and understanding that the proliferation of laptops in the hands of young people in the least affluent parts of the world would have a great impact in terms of enhancing literacy and would in time have huge dividends socially. While this may well be true some argued that when basic needs such as clean water, food and basic infrastructure trump any need for laptops in the most remote and impoverished regions of the world. Nonetheless the one child per laptop program has been successful over the past few years in bringing the cost of their laptops to the 200 dollar range and these have proliferated largely in the less developed areas of South America (as opposed to sub-Saharan Africa as many had initially envisioned). The program has endured cuts in staff and funding and persevered despite the fact that some countries inclusive of India and Nigeria have opted
not to get involved.

A significant amount of global suffering seems potentially preventable. We know for instance that more than enough food is produced in the world every year, but a significant amount of this (up to 50%) is wasted. Primarily because of the lack of infrastructure inclusive of roads and transportation and a lack of effective refrigeration or political oppression that prevents food from reaching its destination.

Over the past few years it has become increasingly clear that simple implementation of certain existing solutions can have almost immediate positive results if approached and put into practice in the right way.

Often times certain products have become proliferated regionally as an unintended consequence of the limited infrastructure. Such as the recent mass adoption of cell phones which has aided both entrepreneurs and typical people in the developing world immeasurably. Sometimes the limited income of these regions results in unforeseen value of products that might have a more marginal utility in the more developed parts of the world. One is reminded of how hand crank radios became a blockbuster seller in Africa in the 90s because the income level of regions was such that the regular purchase of replacement batteries was seen as a luxury out of the reach of most people.

Mr. Gates foundation for instance focuses on the fact that millions die of preventable diseases each year simply due to the lack of money. Mainly in the more impoverished parts of the world to purchase what would in effect be over the counter or prescription medicines in the developed world.

In the spirit of these inspired ideas we will explore three notable innovations that may have an even greater or at least a more direct impact in helping save lives and improve the quality of life in the more deprived regions of the world. In this sense we hope to illustrate why design and engineering matters and how sometimes a simple innovation within the parameters of existing technologies can often be revolutionary in it’s ability to change things for the better in the developing world.

First on the list is the solar powered LED lamp. This particular invention has made it’s way into the developing world in the past few years and has already and will continue to save thousands of lives. It can be argued that the viability of the solar powered LED lamp is the by product of it’s three distinct components the LED light, batteries and solar panels all seeing a downward trend in pricing over the last several years. The initial impetus for targeting sub-Saharan Africa came from an initiative from the World Bank who in late 2007 committed 13 million dollars to the cause which evolved out of an awareness that numerous deaths and injuries were caused each year as a direct result of the use and proliferation of kerosene lamps in the developing world. In addition to the health and safety issues which include the debilitating effects of inhaling kerosene fumes which are regarded as more damaging than smoking cigarettes and fires, the sheer cost of kerosene adds up to tens of billions of dollars per year and can in some poorer parts of Africa eat up as much as a quarter of a families income. The kerosene lamp lighting tends to be lacking in quality, not easy to read under and releases significant amounts of CO2
into the atmosphere.

Every one of these issues can be cleanly and clearly resolved simply by having access to and use of the solar led lamps. The general availability of numerous versions of this product has for price points of between 10 and 50 dollars has had an immeasurable effect on not only saving lives but improving the quality of life for those lucky enough to been able to afford and purchase these lamps. Knowing this is still a significant upfront cost for many some companies have come up with monthly payment programs that are often less than the cost of kerosene would have been making these lamps even more accessible. Interestingly, these payment programs often are transacted through cell phones which might are regarded as the other recently available product which has had a notable effect on improving the quality of life in the developing world.

The World Bank has set up the project called Lighting Africa in 2008 which in turn has a list of certified lamps that meet minimum standards of illumination, durability and running time. Many of the lamps use Nickle-metal hydride batteries and in spite of the significant premium Lithium-Ion batteries are increasingly being utilized by this relatively new industry. It should also be noted that some of these products have a dual use as phone chargers in addition to being simply lamps and in economies where phone charging stores are common the addition of a solar powered phone charger in an attractive money saving feature.

If in the coming years these lamps proliferate anywhere near the level of mobile phones we can regard this as a great leap forward for the over 1 billion people who still do not have access to the electrical grid. Also, it should be noted that for the next few decades the number of people without access to electricity will increase making this type of technology more critical for these regions.

The confluence of these three distinct technologies that make up these lamps; solar panels, LED’s and rechargable batteries all becoming more generally available and coming down in cost in recent years has led to this perfect storm in the best sense of the phrase. With continual and steady improvements in all three of these technologies we can expect a continued stream of better products. Ideally, we would hope that the adoption of Lithium-Ion batteries would replace other potentially polluting battery types as this would be the best value for the consumer in terms of longevity and would immediately add value to the product. It is also noted that LED’s are steadily being tweaked to achieve greater levels of illumination for less expenditure of energy and this should make for a continuing uptick in the quality of products available in coming years.

It is both heartening and interesting that numerous companies have taken to this idea and the photo section of this article shows the diverse and wide range of designs that have come to the fore all offering variations of the same idea. While for many of us in the developed world solar lighting might harken images of incidental lighting on peoples front lawns for large cross section of the developing world having these lamps is not only a quality of life issue but may well be a matter of life and death.

Part two of this article will focus on other notable inventions that will save and improve lives in less developed parts of the world. 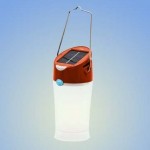 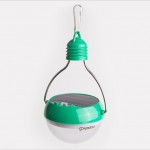 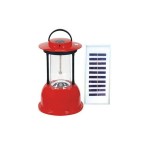 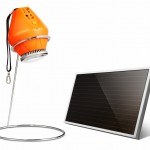 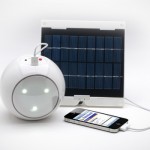 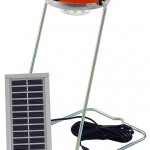