Not very long ago the idea of a Sino-Japanese consortium in-and-of itself may have been an anomaly (recent sabre rattling from China and Japan over some small islands illustrates the still fragile state of relations between the two countries.). The notion of a Sino-Japanese consortium buying up an iconic Swedish branded name with the intention of reviving it as an electric vehicle company would have been the least likely expected outcome. This is exactly what has been finalized in recent weeks. A recent article from spring of this year in this publication gives a historical overview of Saab.

The National Electric Vehicles Sweden which consists of the Chinese based National Modern Energy Holdings, the Japan based Sun Investment Company and some Swedish investors was formed with the express intention of purchasing Saab.

At the head of this in one Kai Johan Ziang who already has established himself as the head of one of China’s largest biomass energy firms, Dragon Power which generates it’s electricity from incineration. Much has already been made of both his connections to top leaders in China’s government and its energy sector but this may in actual fact make him the ideal person to lead this new venture.

NEVS will have rights to the Saab name, the 9-3 platform and the Phoenix platform. They will not have use of the Saab griffin logo or the 9-4 and 9-5 platforms as part of a specific stipulation by GM had forbidding certain proprietary technologies from falling into the hands of Chinese buyers. In addition they will have the Saab manufacturing and test facilities in Trollhatten.

The company has announced it’s intention to bring to market an electric car based on the Saab 9-3 platform by the first half of 2014. This would be followed by a Phoenix platform based electric car later on. The focus would initially be on the Chinese market.

Much skepticism has been voiced due to relatively modest sales of electrics in both Europe and North America and the relatively formative stage of the electric vehicle market in China (anyone who’s followed the travails of BYD has some insight into this). While this may be an unknown quantity at present, the fact is that China is the worlds largest growing car market and we could safely expect an increasingly larger share of this to be electric in coming years. A recent report by Pike Research estimates that 600,000 electric vehicles will be sold in the Asia-Pacific region by 2017, most of which would be sold in China.

By virtue of now having a fully functional plant in Sweden for manufacturing, coupled with having access to the technology from the pre-bankruptcy Saab’s electric vehicle program, this should allow NEVS to fast forward to their stated goals of having electric cars ready for market by 2014. Included in the deal was the 70 electric vehicles based on the Saab 9-3 platform that Saab was testing which include batteries made by Boston Power and electric motors from UQM. It should be noted however, that Mr.Juang himself stated that the powertrain and internal components were being worked on before the deal was finalized and were Japanese in origin.

Looking at things from a medium-term or long-term perspective and what at first might have seemed dubious or questionable may in fact be deemed far sighted strategic thinking. The market for any new technology has to be viewed from a longer term perspective not a one or two year time frame.  With this in mind the re-branded electric Saab may well be positioned to be a leader in the yet undefined premium electric car market in China and globally.

The actual sale was finalized on the 31st of August and over the past several weeks NEVS has been engaged in hiring and in some instances bringing back old Saab employees. Included was the hiring of Kjell AC Bergström who previously was Saab’s head of powertrain development who will now see through the new electric Phoenix class car to production.

It should be mentioned that there is some additional complexity on this issue in that Saab’s previous owners, Spyker, who presently have a law suit against GM,  that have partnered with the Chinese firm Youngman. The partnership’s intention is to bring their own Phoenix platform based car to market in the next few years. So we might down the road find two makes of cars with a Phoenix like shell and different power trains made by two different firms. The saga will continue and we look forward to seeing the new electric Saab in a market near you. 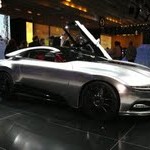 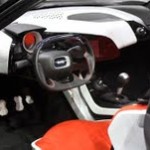