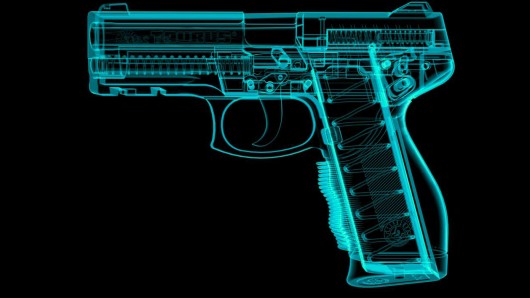 While legislative solutions to curbing gun violence in the US continue to meet fervent opposition, the Smart Tech Foundation, formed to incentivize free-market solutions to firearm safety, aims to take a different route. Through its Smart Tech for Firearms Challenge, it believes circumventing the political debate and fostering innovation in smart gun technology is a viable way to move toward a safer society.

Launched in California last week, the global challenge identifies four different categories as key pillars in the effort to reduce gun violence and offers US$1 million in grants and prize money for each.

The first category, Smart Tech For Firearms, for which it is currently taking applications, is centered on technology that reliably authorizes approved use. With 1.4 million firearms stolen during burglaries between 2005 and 2010 in the US according to a report from the Bureau of Justice Statistics, preventing guns from falling into the wrong hands, or making them worthless if they do, forms an integral part of the foundation’s vision.

The other three categories, which will open up for applications sometime later this year, include; Smart Tech for Big Data, which looks to develop ways to optimize law enforcement patrol routes and gunshot detection using big data and predictive analytics; Smart Tech for Brain Health, which looks to promote innovation “in the fields of mental health, neurology and optimized intervention” and; Smart Tech for Community Safety, which is focused on crisis response and crowd-based alert networks for safer schools and communities.

The Armatix intelligent pistol, which we looked at in 2010, is an example of the type of thinking the challenge is looking to encourage. Users identify themselves via a fingerprint sensor on a custom wristwatch, which in turn sends a signal to to the gun and enables it for use.

In offering substantial rewards for technological solutions to gun safety, the foundation believes it can make a safer country for all, without compromising the constitutional rights valued by so many.

“By incentivizing the creation of free-market solutions that reduce gun violence, we can speed up the discovery of innovative technologies to make America safer without altering 2nd Amendment rights,” its website states.

The foundation was taking applications for the Smart Tech for Firearms challenge up until March 31, 2014, with the remaining three to follow throughout the year.