You’ve heard of UAVs, unmanned remote controlled military aircraft; but what about USVs? Standing for Unmanned Surface Vehicle, a USV is quite simply an unmanned boat, like Zyvex Marine’s Piranha concept. We’ve looked at USVs before, and the Piranha specifically in early 2010; but what was then a prototype under development is now a fully-fledged production craft, having shipped its first unit last November. “Our production facility is closer to rocket science than traditional boat building,” says Zyvex Marine VP Byron Nutley of his boat – the only one in the world, it’s claimed, that is made out of nanomaterials. But does the Piranha have the technological bite to match the hyperbole, and what does this mean for naval warfare?

The finished Piranha hasn’t departed greatly from the prototype. It’s still made of Arovex, Zyvex’s proprietary “nano-enhanced” carbon fiber, a lightweight material that promised significant efficiency gains over boats made from fiberglass or aluminum. But with the production model built Zyvex has coughed up some numbers to support the claims. Most significant of these is that its 54-foot craft has demonstrated a fuel consumption of 12 U.S. gallons (45.4 liters) per hour at a cruising speed of 24 knots (44 km/h). This, Zyvex claims, constitutes a 75-percent fuel saving compared to a “traditional” boat consuming 50 U.S. gallons (189 liters) per hour, allowing ten times the range. That’s a claim almost as bold as it is hazy (what’s a traditional boat?), and in lieu of any precise figure on range, it’s worth repeating the claims made about the prototype: an 8,000-pound boat capable of carrying a 15,000-pound payload a distance of 2,500 miles (4,000 km).

And greater range is, in military terms, the prime advantage of fuel economy. “So far, the Navy and its suppliers have been choosing to build USVs from rubber, aluminum, or fiberglass – all safe, but dated, choices,” says Zyvex in a statement. “If the U.S. Air Force and the Royal Air Force can control attack aircraft flying over Afghanistan from cubicles in Nevada, there is little reason why the U.S. Navy and Coast Guard cannot accomplish many of their missions with a fully remotely operated patrol vessel.” Though a long-range USV would require a ground crew, Zyvex claims that there is no need for it to be tied down to any specific location or launch platform.

The Piranha concept will not be the only one of Zyvex Marine’s Arovex-fashioned watercraft for long. The company has announced two new “platforms” based on the Piranha, the LRV-11 and the LRV-17 – both of which will be offered in manned and unmanned configurations, though there’s no word yet on what these models are for, or what they will look like.

But a clue comes in the shape of the company’s PR bluster. Zyvex is positioning its ultra-modern boats for a new era of naval supremacy, in which huge fleets of colossal ships are not only prohibitively expensive but also undesirable. In a world in which (it claims) the main marine threat is posed by piracy, gun-runners and water-borne terrorism, fast and nimble is what counts. Perhaps for this reason (and maybe for some good PR), Zyvex suggests that the obvious role for an unmanned, long-range USV is as a convoy escort. But it also points out that one of its USVs could be used for stealthy strike attacks, loitering “silently for days or even weeks,” before launching Hellfire missiles or Mark 54 torpedoes. Perhaps less controversial is the potential for such a boat for minesweeping purposes.

Zyvex points out that many missions still require direct human intervention, but the idea is that vehicles derived from the Piranha concept have the speed and range to buy the time required for a manned ship to arrive on the scene. Though one may object to the extension of unmanned, remote-controlled warfare from the battlefields of Afghanistan to the seas off the Horn of Africa, this is precisely what Zyvex hopes to see. “With the Army and Air Force planning to have more than 800 Warrior, Predator, Reaper, and Global Hawk long-range UAVs by 2020, why should the Navy and Coast Guard not have at least as many long-range USVs?

You can see a video of the Piranha concept in action below. 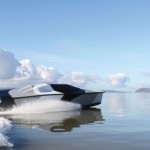 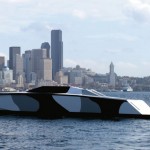 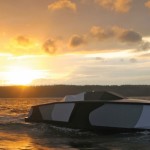 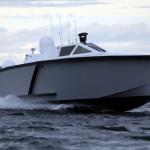 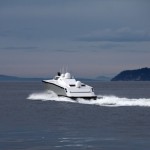 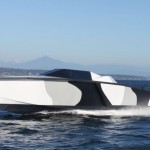