Beyond Archimedes: Engineers of Classical Antiquity and Lost Technologies

It is acknowledged by many classical historians that the burning of the Library of Alexandria may well be one of the most horrific losses humankind has suffered in terms of centuries of lost development and advancement not to mention the loss of historical knowledge, drama and the arts. While it may be hard to quantify and will continue to be a matter of debate, we can speculate on how much different society would be today had the steam engine been fully developed and implemented during the time of the Greeks or Romans. With the great emphasis in the early 21st century on battery technology for both handheld devices and personal transportation we can only speculate on what the result of a continuum of development from the Bagdad battery until today (over 2000 years) would have resulted in in terms power density and refinement.

We do know that time lines of knowledge are often broken and technologies lost. Sometimes noted discoveries and life changing breakthroughs were made without a full actualization or proliferation of the technology. We know for instance the lack of deployment or overlooking of an idea or innovation can be just as tragic as the loss of a technology and know how.

The loss of historical records that catalog and put into context ancient technologies can often lead to groping in the dark. Even in the present regarding the purpose and full understanding of these classical inventions and artifacts. It took decades for a more full understanding of what we call the Antikythera Mechanism to evolve and it has only been in the course of the present century that a more full appreciation of what was discovered over a century ago has emerged. In effect The ancient Greeks had developed a precision analog computer which was able to accurately predict the movement of stars and planets.

Often time we are replicating historical president without realizing it even in the context of something pedestrian as a present day sporting event. It is now known for instance that a precursor of today’s pipe organ called a hydraulis was played at Greek and Roman sporting events at venues like the Colosseum and the Circus Maximus. This, too was lost technology for hundreds of years with a more complete understanding of the history and extent of this technology having emerged with the finding of the remains of one in Hungary in 1931 and more recently the Hydraulis of Dion in 1992.

We will touch upon an overview of three noted engineer inventors from classical antiquity and might regard these three as integral to the foundations of modern engineering and the advancement of science technology.

Ctesibius (285–222 BC) regarded as the inventor of the aforementioned hydraulis is often referred to as the father of pnuematics (the science of compressed air) and hydraulics (understanding the force of water and liquids). His water clock was the worlds most accurate time keeping device until the development and application of the pendulum by Christiaan Huygens in the mid 1600s. He was also the first head of the Museum of Alexandria. Unfortunately his written works On Pnuematics and Memorabilia were lost (also victims of the burning of the Library of Alexandria) and much of what we know of him comes from second hand sources inclusive of Vesuvius and Philo of Byzantium who was thought to have been a contemporary.

Philo of Byzantium (280-220 BC) despite his name and birth in Byzantium spent most of his life in Alexandria which as a result of it’s library became the classical worlds center of knowledge and learning and is the author or what is viewed one of classical engineering’s most authoritative works called Mechanike syntaxis or a compendium of mechanics. Some of the nine volume work survives and covers everything from war machines and pneumatic engines to mechanical toys and an entire now lost volume on mechanical theaters. One of his most notable and original breakthroughs was the spur gear which allowed for multiplication or division of mechanical power. His writings also indicate an advanced understanding of metallurgy. He further evolved the ideas of automation and mechanical assemblies that were founded by Ctesibius. One of his surviving volumes entitle Pneumatica is a literal primer for automatic devices of differing properties that include air, water, fire, floaters and gears. He arguably laid the foundations for the next 1500 years of engineering and his work formed the basis of contemporary automation.

Hero of Alexandria (10–70 AD) may well be regarded as the true father of the modern steam engine and wind power. His most noted invention was called the aeoliphile which may be regarded as the earliest from of steam engine or steam turbine. He is also credited with the invention of the earliest vending machine which was utilized in temples to deliver set amounts of holy water after a coin was inserted. Like Philo he also designed elaborate devices for use n the theater which included sound effects devices in addition to mechanisms and is also credited with inventing the first automated doors. He is today regarded as the founder of cybernetics even though the field didn’t exist as such until the mid 1800s. He taught mathematics,mechanics, physics and pneumatics at the Museum of Alexandria and a large body of his work survives along with some titles who’s authorship is disputed.

Much of our knowledge of the Hellenic era technologies was preserved by the Byzantines and Arabs but unfortunately has survived in only partial or fragmented forms. As we can see from this and other numerous examples from classical antiquity sometimes the dissemination and proliferation of knowledge is just as important to achieving a breakthrough. We can only speculate on how different a world we would live in had the industrial revolution or the machine age happened over a millennium ago. The dark ages certainly had a negative affect on the progress of civilization as did numerous other events in history. This is not however strictly limited to the distant past as we can draw examples of how even in our recent history a significant amounts of work could become lost. We think of Nicolas Tesla’s papers burned in a fire from 1895 or Robert Goddard the father of rocketry being ignored and overlooked in his own country (and eagerly studied by some noted engineers and scientists in 1930s Germany).

We can conclude that development and deployment of new inventions or ideas may be regarded as the most important aspect of completing the cycle and fully actualizing a new technology or innovation. This lesson is even more applicable in today’s world. 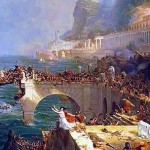 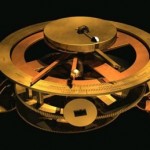 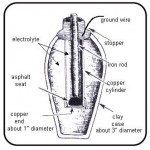 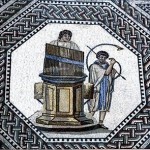 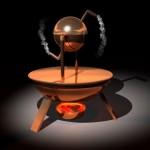 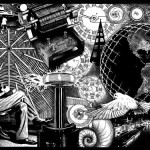