Design For Humanity Part Two: The Solar Oven and The Water Purifier

Throughout significant parts of the developing world the detrimental effects caused by the burning of firewood, charcoal and dung for cooking fuel remain an ongoing problem. Deforestation and the degradation of the environment as well as the economic costs and health issues all take their toll. This is something that effects nearly 2 billion people worldwide.

Organizations such as the Solar Oven Society and Solar Cookers International have been raising the visibility of this issue and have put programs in place to make these ovens available in those parts of the world where this would be most beneficial.

Over the past decade numerous products have come to market in the form of solar ovens or solar cookers. Although price points can be high on some of these models, subsidy programs and aid organizations have been effective at making these devices more accessible over the years.

We will look at the three distinct somewhat different approaches to solar cooking. The first is called the box cooker sometimes also referred to as the heat trap box. This type is the most commonly used worldwide. Second is the curved concentrator (parabolic) cooker. They tend to operate at higher temperatures and require a more regular supervision. The third is called the panel or sometimes combination cooker in that it incorporates elements of both the box and curved concentrator cooker in it’s design.

Fortunately the greatest need for these types of cookers are in highly irradiated regions of the world. In parts close to the equator where this type of simple technology would be the most effective. Obviously the solar cooker cannot function at night or on a cloudy day but it is estimated that full implementation of this could diminish the use of firewood and other cooking fuel. This would become the default approach for cooking in many of these still regions.

Despite significant inroads in China, India and Africa over the past two decades there still is a need to get these devices to proliferate these regions of the world which despite over two decades of NGO initiatives still requires education, investment and a greater availability of the cookers themselves.

Organizations such as engineering for change have also approached the issue of improving the effectiveness and designing better quality over the past few years. Most recently the all important issue of water purification has been addressed with variation of this same idea. While companies such as Solvatten and Epiphany have made inroads into solar water purification with small and large scale approaches respectively. A designer named Gabriele Diamanti has recently brought to light an open source solar oven that can purify 5 liters of fresh water a day. So, in this way solar cooking technology can easily parallel into water purification by applying some of the same principals to create safe drinking water.

The final of three products will be the water filtration or purification device. LifeStraw has been a branded name for an award winning product that has saved lives and made an already remarkable impact in the developed world. By being able to remove not only dirt and toxins but bacteria and micro-organisms it has literally lived up to it’s name over the past several years. The device can literally purify over 1000 liters of water before having to have it’s filter replaced and is manufactured by Swiss based Vestergaard Fransen. The Lifesaver has the appearance of a thermos or water bottle and was designed by Michael Pritchard who has kept an online blog drawing attention to the trials and tribulations of the clean water deprived regions he travels in and the improved quality of life the product he designed has brought to people of these areas. Both of the above products have been used effectively in relief operations over the past few years and have also made their way into the outdoor kits of people in the developed world. In addition to these two notable products Tata in India has developed the award winning Tata Swach which has been available for the past few years for a 22 dollar price point and has made significant inroads in South Asia. It was the recipient of the IDSA design of the decade award in 2010.

Noted Segway inventor Dean Kamen has brought us the Slingshot water vapor purification system which is more of a medium scale unit which could purify hundreds of liters of water per day using a method called vapor compression distillation. The expected price point of 2000 dollars may be an issue but Karmen’s organization is working with the Coca-Cola company to distribute 30 of these devices to developing countries later this year.

While many in the design and engineering communities have been receptive about addressing these issues by making available these types of potentially life saving products we can immediately see the difficult logistics of getting these devices into the hands of those who need it most. While everyone of these products have been available for a number of years and some made available by charitable institutions and NGO’s in addition to various U.N. and government programs a large proportion of the world has yet to have access to a cell phone, LED lamp, solar oven or water purifier. Access and proliferation of these products will remain the key over the coming years and how best to implement and make available these products to those who are least empowered economically will remain the greatest challenge.

A specific and yet not fully realized product that would also be life changing and life saving in developing regions would be an affordable solar powered refrigerator. As has been mentioned before a large proportion of the worlds food supply parishes as a result of the lack of infrastructure and refrigeration and with improvements in both battery storage capacity and density and accessibility of solar panels it should be possible to design and engineer a portable, affordable solar powered unit that would be durable, relatively lightweight, and make use of lithium ion battery storage. In this light I issue and open ended challenge to engineers,and designers whether acting individually or within firms or organizations to design a solar powered refrigerator within the context of these parameters. While no reward monetarily will be offered we will publish the three most viable designs in spring of
2013. Entries will be accepted until March 1st of 2013 and should be sent to mike@designengine.com 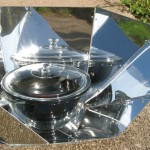 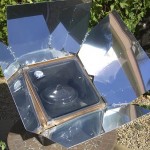 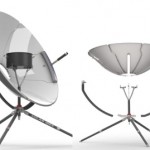 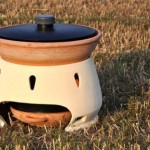 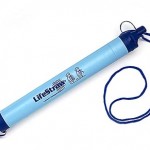 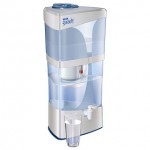 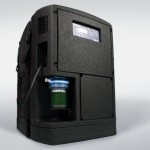