Much attention has been given to electric vehicle hybrids such as the Prius and Volt over the past few years. However somewhat less attention to diesels as a whole. One option that has hardly been explored and remains completely unavailable in North America is the diesel electric hybrid. While the Prius with it’s petrol/electric hybrid power train has become a big seller and changed the industry. The Volt plug-in with a 40 mile all electric range and the Prius have become almost household names. We have yet to see on this side of the Atlantic any offering that blends what would be a potentially game changing blend of two technologies. Two technologies that would result in fuel efficient vehicles that would in all likelihood exceed the 60 to 70 miles per gallon range.

Looking at the diesel alone we can immediately see the lack of knowledge and acceptance on this side of the pond. Diesels are known to get 20 to 30 percent better gas mileage than their comparably sized and powered petrol engines. More importantly diesels have in the past decade, with the advent of low sulfur diesel fuel, become as clean and quiet as present day petrol engines. Unfortunately the lingering memory of the way diesel engines were a generation ago still effects thinking in North America. While the diesels of the 70s and 80s were generally loud and dirty, the technology to reduce noise and emissions has caught up to the levels of petrol engines. This lingering perception however has slowed the adoption of clean diesel in the U.S. and is something the industry needs to address for sales to truly take off in this country. The result is that in Europe diesels account for over half of the present vehicle fleet. Whereas in the U.S. they represent slightly more than 1 percent. The good news is that in the course of the year 2012 a 27 percent increase in diesel sales has been seen and we can assume that the American consumer is finally waking up to the advantages of diesel in terms of longevity and low breakdown rates in addition to higher gas mileage. Also the fact that diesel fuel is readily available at most gas stations these days should spur more confidence in this as an option.

Meanwhile the gas/electric hybrid which made it’s appearance with both the Honda Insight and the Toyota Prius while treated with skepticism when introduced at the turn of the century has become integral to the global vehicle fleet with almost every automaker offering them. The Prius itself has become one of the biggest sellers over the past several years and become almost synonymous with a certain identity and lifestyle. We can then ask, why has there been so little progress on the front of combining the already high mileage diesel engine with the further advantages of an electric motor?

Two issues that are almost always immediately pointed out are the cost of diesel fuel and the cost of diesel power trains. The first issue, I don’t buy at all being that diesel fuel in Chicago usually has parity with regular and the second issue seems marginal. People routinely pay premiums for both diesel and hybrid power trains and would be willing to pay an even more significant up-front premium for a car that would deliver 60 to 80 mpg in real world driving.

One point that does resonate is the fact that both diesel engines and electric motors are good off the line having high torque. In this sense they can be regarded as having some of the same strengths and thus are less complimentary together. It’s further argued that since diesel engines are already inherently more efficient than gas petrol engines, the improved efficiency and gas mileage that the electrification would add would be marginal. We are still left with some question marks on this issue since we know there is a demographic that will pay the double premium and absorb the upfront cost to have what would be an extremely high mileage vehicle.

We are faced with the fact that presently there are no diesel hybrids available in North America and none likely to become available over the next few years. In Europe the picture is slightly different and we will look at what’s currently available there.

The Peugeot 3008 HYbrid4 is what might be called through the road hybrids. By this we mean the car has two distinct separate drive trains a 2.0 turbocharged diesel in front and a 37 hp electric motor for the rear wheels. This was for all intents and purposes the worlds first hybrid drive vehicle. The vehicle is automatic, but has four driving modes, Auto, Zero Emissions, Sport and 4 Wheel Drive. Some reviews describe the transitions between electric and diesel as being too noticeable. Most reviewers feel the mpg falls short of it’s so called official average of 62 mpg, but even if sub 50 mpg, it compares favorably with the Prius. Priced through the current exchange rate it would cost about 42,000 dollars.

Also from France (France has a vehicle fleet that’s two thirds diesel) we have the Citroen version of the same vehicle, the DS5 Hybrid4. In effect the same vehicle with a different body. Personally I find Citroen to be more stylish and aesthetic, let’s face it. French cars don’t sell in the United States and these vehicles won’t be here anytime soon. This is unfortunate because Peugeot/Citroen has come out with some respectable offerings here that show us what is possible.

The most fully realized of diesel electric hybrids may well be the only true hybrid, in that it does meld the two power trains into one, would be the Mercedes E300 BlueTEC Hybrid. The E300 pairs a 2.1 liter turbocharged 4 cylinder diesel engine with a 20kw 27hp electric motor and lithium ion battery. Most reviewers have given it an mpg rating in the mid 50s giving it a better than Prius mileage rating. The car features a 7 speed automatic so we have here a performance oriented luxury sedan that also gets great gas mileage. If they were available in the States they would in likely be priced at over 70,000 dollars. Once again Mercedes has no plans to introduce this model with this drive train here.

Another car getting a lot of mention that takes this idea a step further by being a plug in is the Volvo V60 Diesel Plug In Hybrid. The planned initial limited run of 1000 units of this car has already been sold out. This car pairs a 5 cylinder turbo diesel with a 70 HP electric motor and has an all electric range of 32 miles. As with the Peugeot Citroen it has it’s diesel power train in front and it’s electric drive in the rear. Mpg is sometimes hard to truly quantify with plug in cars but has been pegged at about 124 MPG due to the 32 mile all electric range. Like the other cars here it has decent performance making 0 to 60 mph in 7 seconds and capable of going up to 75 mph in electric mode. With the current exchange rate the car would list for about 75,000 dollars. Volvo has announced it will begin deliveries next year and has no current plans to make this car available in North America.

Another car of note that may or may not see light of day in some form by 2014 is a vehicle VW has been testing over the past year called the XL1. By using carbon fiber and aluminum and also focusing on aerodynamics they have produced a prototype that weighs 1700 pounds and gets 235 mpg with a modest two cylinder 48 hp turbo diesel coupled with a 30 HP electric motor. Clearly they’re striving for mpg and efficiency over performance as the cars top speed has been stated at 99 mph. We hope this makes it to production soon but once again would it be for Europe only?

Also garnering some attention recently was an announcement by Land Rover that it too would have it’s own diesel hybrid by 2013.

The only way to articulate an interest in these types of vehicles in this country is for those who would in fact purchase these vehicles if available make their voices heard. The recent increase in pure diesel sales in the U.S. looks to be the beginning of a steady uptrend and people articulating to these companies that they would buy diesel electric hybrids if they were available might make these companies rethink their business strategies for North America. With CAFE standards set to trend up over the next several years there will be a greater need for high mileage vehicles if car makers are to reach their mpg targets and this would be better done with diesel electric hybrids and diesel electric plug in hybrids as opposed to obligatory compliance cars that would diminish our perception of the industry as a whole. 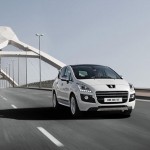 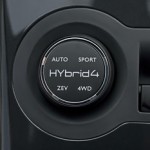 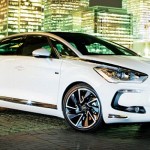 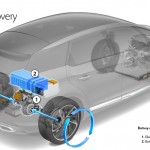 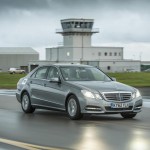 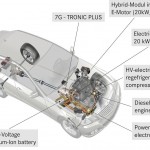 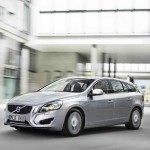 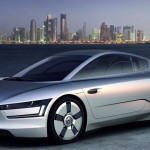